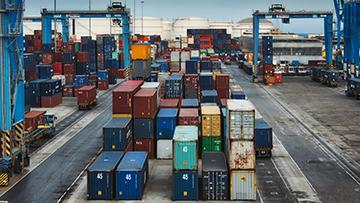 The government is asking businesses, traders, and the public to give their opinion on how the customs system is working and what improvements they would like to see.

Government will be asking businesses and the border industry for their suggestions on:

The government has committed £180m to build a UK Single Trade Window which will streamline how traders share information with border agencies.

In addition, the government is looking to create an ‘Ecosystem of Trust’ which will use technology and real-time data to assure movements across the border by trusted businesses.

While new technologies have the potential to significantly transform traders’ interactions with border agencies, approximately three-quarters of all customs declarations are currently made by customs intermediaries on behalf of traders.

The consultation is looking for feedback on the intermediaries sector, particularly whether the cost of an intermediary is proportionate to the services offered, and whether they fulfil the specific services required.

It is also gauging awareness of the SCDP offer and its benefits, any suggested improvements to the authorisation process to use SCDP, frontier processes for moving goods, and the supplementary declaration process.

The consultation states: ‘We want to make the offer more attractive and accessible, including for those that do not already use it.’

The current system requires supplementary declarations of aggregated multiple consignments, once they have crossed the border, to be submitted to HMRC a month and four days after they have been finalised, but the government is keen to know whether an extension of this deadline would be beneficial.

Following the submission of supplementary declarations, HMRC provides the trader with a statement of the customs duty they owe. Under a potential alternative process, known as ‘self-assessment’, the trader could take responsibility for assessing their liability and provide less information to HMRC as a result. HMRC is currently exploring this idea with a proof of concept pilot.

There is also a section on the Transit system, with government looking for feedback on how to simplify the existing process. While some stakeholders cite faster clearance times of their goods as the key benefit of Transit, others suggest it is the ability to move goods under duty and VAT suspense. The costs of using Transit are likely to vary for each business, but the government have been told that obtaining a financial guarantee, purchasing or accessing IT software, seeking expert advice and applying to be an authorised consignor or consignee (ACC) under the trusted trader scheme are some of the main costs.

Lucy Frazer QC MP, financial secretary to the Treasury, said: ‘Our aim is for the UK to have the world’s most effective border by 2025. We’re taking this forward across a number of long-term programmes, including the Single Trade Window, which will streamline how traders share information with government. This call for evidence complements that by giving traders and the wider border industry the opportunity to have their say on what’s going well and where things could be improved.

‘I would encourage as many people as possible to respond to this call for evidence via gov.uk, so we can ensure we have a customs system that makes the UK the best place in the world to do business.’