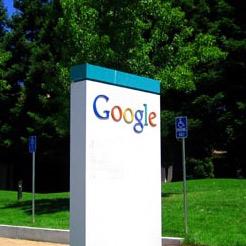 According to its filing with Companies House, Google UK Ltd posted revenue of £1.6bn for the year to 30 June 2019, up by £193m on the previous year.

The corporation tax payment of £44.3m was less than the £65.6m Google UK paid a year earlier, and meant the company paid the 'equivalent' of 2.73% of its revenue in corporation tax, before losses and offsets were taken into account on the balance sheet.

Administrative expenses rose by £213m to hit £1.37bn, largely as a result of an increase in staff numbers, which reached 4,439 compared to 3,658 the previous year.

The company also noted it has also expanded its R&D activities, spending £462m in ‘providing research and development services to a related party during the year’.

The accounts show Google UK paid out £1.039bn in staff wages and bonuses. The average pay packet before bonuses of £234,000.

Google’s UK operation is primarily used as the marketing and sales division of its European operation, which is headquartered in Dublin, where taxes are lower.

There has been growing criticism of Google’s tax strategy from MPs and campaigners.

Paul Monaghan, chief executive of Fair Tax Mark, said: ‘Once again, it seems like Google are writing their own rules in the UK. Income is up but corporation tax charges are down. That’s before we get to the puzzle of how they continue to get away with booking so little of their UK advertising revenue through their UK subsidiary.’

This April saw HMRC publish details of the digital services tax (DST) a 2% tax on the revenues derived from UK users of social media platforms, search engines and online marketplaces, which applies to revenue earned from 1 April 2020.

DST applies at group level. The revenues from all the businesses in a group will contribute towards these thresholds.

A Google spokeswoman said: ‘We pay more than 80% of our corporate income tax in the US, which is our home country. We also pay all of the tax that is due in the UK. We strongly support the OECD’s work to develop a new international framework for how multinational companies are taxed.’

PwC does $44m deal with BearingPoint