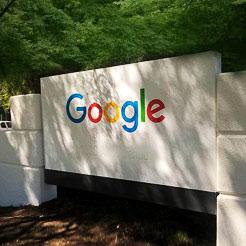 The French government is claiming a ‘historic’ victory in a long running tax battle with Google, after reaching a €945m (£845m) settlement with the tech giant over tax fraud allegations

A Paris court has approved a penalty of €500m over charges of tax evasion, plus an additional €465m to settle claims with French tax authorities relating to how it booked digital sales.

The dispute centred on whether Google, which has its European headquarters in Dublin, had failed to declare some of its activities on French territory to the authorities, and was the subject of a four-year long investigation which included raids on the company’s Paris offices in 2016.

Google reports most of its sales in Ireland, but the French authorities argued that not all sales contracts were concluded there and that there was taxable activity in France.

In a joint statement, French justice minister Nicole Belloubet and budget minister Gerald Darmanin praised the ‘definitive settling’ of all the contentious issues, saying it was ‘good news for the public finances and fiscal fairness in France.’

Darmanin said: ‘It is a historic settlement both for our public finances and because it marks the end of an era.’

Google said in a statement: ‘We remain convinced that a coordinated reform of the international tax system is the best way to provide a clear framework to companies operating worldwide.’

The amount claimed by the French authorities dwarfs the £130m which the UK government claimed back from Google in 2016 to settle unpaid taxes.

France has recently gone ahead with legislation to introduce a 3% tax on digital services, although it has indicated this will be withdrawn if and when the OECD’s Base Erosion and Profit Shifting initiative develops an internationally agreed approach to digital economy taxation.