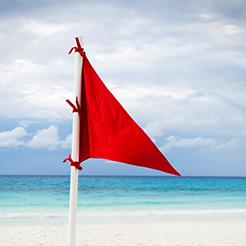 The regulator said between November 2007 and March 2017 GSI failed to ensure it provided complete, accurate and timely information in relation to approximately 213.6m reportable transactions. It also erroneously reported 6.6m transactions to the FCA, which were not, in fact, reportable. Altogether, the firm made 220.2m errors in its transaction reporting, breaching FCA rules.

The FCA also found that GSI failed to take reasonable care to organise and control its affairs responsibly and effectively in respect of its transaction reporting.  These failings related to aspects of GSI’s change management processes, its maintenance of the counterparty reference data used in its reporting and how it tested whether all the transactions it reported to the FCA were accurate and complete.

GSI agreed to resolve the case and so qualified for a 30% discount in the overall penalty. Without this discount, the FCA would have imposed a financial penalty of £49m.

Mark Steward, FCA executive director of enforcement and market oversight, said: ‘The failings in this case demonstrate a failure over an extended period to manage and test controls that are vitally important to the integrity of our markets.

‘These were serious and prolonged failures. We expect all firms will take this opportunity to ensure they can fully detail their activity and are regularly checking their systems so any problems are detected and remedied promptly, unlike in this case.’

The GSI fine comes a week after Swiss bank UBS was fined £27.6m by the FCA for failings relating to 135.8m transaction reports over a similar timeframe.

A transaction report is a data set submitted to the FCA that relates to an individual financial market transaction which includes, but is not limited to, details of the product traded, the firm that undertook the trade, the trade counterparty, the client (where applicable) and the trade characteristics, price, quantity and venue.

The FCA uses the information from transaction reports for monitoring for market abuse, and firm and market supervision, as well as sharing data with certain external parties, such as the Bank of England.

Goldman Sachs to be joint owners of Travelodge