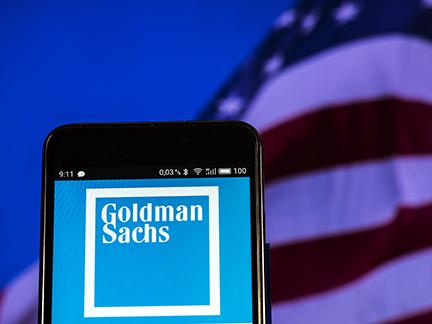 Goldman Sachs is to make a record payment of more than $2.9bn (£2.2bn) to regulatory authorities in the US, UK, and Singapore after the group and its Malaysian subsidiary admitted conspiring to pay over $1bn in bribes to obtain business

As part of the global action, the Financial Conduct Authority (FCA) and the Prudential Regulation Authority (PRA) have fined Goldman Sachs International a total of £96.6m for risk management failures connected to 1Malaysia Development Berhad (1MDB).

Under a deferred prosecution agreement with US federal and state authorities, the bank admitted conspiring with others to violate the Foreign Corrupt Practices Act (FCPA) between 2009 and 2014.

It engaged in a scheme to pay more than $1.6bn in bribes, directly and indirectly, to foreign officials in Malaysia and Abu Dhabi in order to obtain and retain business from 1MDB, a Malaysian state-owned and state-controlled fund created to pursue investment and development projects for the economic benefit of Malaysia and its people.

As a result, Goldman Sachs secured the role of underwriting approximately $6.5bn in three bond deals for 1MDB, for which it earned hundreds of millions in fees.

Goldman Sachs also admitted that, although employees serving as part of Goldman’s control functions knew that any transaction involving Low posed a significant risk, and although they were on notice that Low was involved in the transactions, they did not take reasonable steps to ensure that Low was not involved.

Goldman Sachs further admitted that there were significant red flags raised during the due diligence process and afterward — including but not limited to Low’s involvement — that either were ignored or only nominally addressed so that the transactions would be approved and Goldman Sachs could continue to do business with 1MDB.

As a result of the scheme, Goldman Sachs received approximately $606m in fees and revenue, and increased its stature and presence in Southeast Asia.

Under the terms of the agreements, Goldman Sachs will pay a criminal penalty and disgorgement of over $2.9bn. The bank has also reached separate parallel resolutions with foreign authorities in the UK, Singapore, Malaysia, and elsewhere, along with domestic authorities in the US.  The department will credit over $1.6bn in payments with respect to those resolutions.

The FCA said the 1MDB transactions involved clients and counterparties in jurisdictions with higher financial crime risk. Goldman Sachs International (GSI) was also aware of the risk of involvement of a third party that the bank had serious concerns about.

Mark Steward, FCA executive director of enforcement and market oversight, said: ‘Firms have a crucial role to play in tackling financial crime, and in helping to maintain the integrity of the financial system. GSI’s failure to take appropriate action in this case shows that it did not take this responsibility seriously.

‘When confronted with allegations of bribery and staff misconduct, the firm’s mishandling allowed severe misconduct to go unaddressed. There is no amnesty for firms that tackle financial crime poorly, and the size of GSI’s fine reflects that.’

In a statement in response to the deferred prosecution agreement, David Solomon, chairman and CEO of Goldman Sachs, said: ‘While many good people worked on these transactions and tried to do the right thing, we recognize that we did not adequately address red flags and scrutinize the representations of certain members of the deal team, most notably Tim Leissner, and the outside parties as effectively as we should have.

There are consequences for not getting it right and this settlement is an important acceptance of this fact. Today, our board of directors announced action with respect to past and current senior management compensation, among other areas of focus.’

For three former employees implicated in the criminal scheme, the bank has undertaken clawback actions and is seeking around $76m from Leissner, who has plead guilty to criminal charges; Ng Chong Hwa, who has been charged with the same crimes; and Andrea Vella, who has been prohibited by the Federal Reserve from participating in the banking industry.

In addition, the current executive leadership team, the CEO, COO and the CFO, as well as the current CEO of Goldman Sachs International, have their overall compensation reduced by $31m for 2020.

Goldman Sachs said these clawbacks, forfeitures and compensation reductions will total approximately $174m in the aggregate.

As well as imposing financial penalties, the bank said: ‘The board has overseen significant enhancements to compliance and internal controls, including over the past five years.

‘These enhancements include expanding the global compliance division; establishing an enhanced framework for addressing potential reputational risks, including an expanded review of significant and complex transactions; improving anti-bribery controls; enhancing the technical sophistication and training for the control-side of the firm; and creating new programs to investigate and prevent risks and potentially harmful actions.

US Department of Justice agreements: