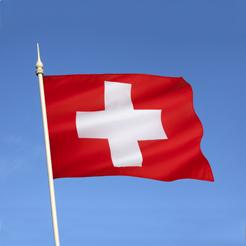 From October 17, the minimum hourly wage of CHF23 will be more than double the rate in France or in the UK. It also exceeds the world’s current highest minimum wage of over £11 per hour in Australia.

The guaranteed minimum monthly salary in Geneva for a 41-hour week will be CHF4,086.

In a referendum of the 500,000 local residents on the proposals, 58.2% were in favour of the initiative, which was promoted by trade union groups and left-wing parties with the aim of reducing the number of working poor who cannot afford the prices in the Geneva region.

Switzerland has Europe’s highest average annual wage of more than £57,000, and Geneva regularly ranks amongst the top ten most expensive cities in which to live.

Previous votes on having a minimum wage in Geneva, in 2011 and 2014, did not win a majority. However, the area has been hard hit by Covid-19 because it relies on revenue from tourists and business visitors, and there have been growing concerns about poverty levels.

The measure is set to benefit some 30,000 low-paid workers, two-thirds of them women, many employed as cleaners or in restaurants or hairdressers. Estimates suggest more than 300,000 of them live in France, where the cost of living is lower, and commute to jobs in Geneva.

The move makes Geneva the fourth of Switzerland’s 26 cantons to have approved a minimum wage, although only two (Neuchâtel and Jura) currently have fully implemented the scheme.  Ticino has recently approved a minimum via a referendum, but has not yet put it into law.

In 2014, a national vote saw three quarters (76.3%) of Swiss voters reject a proposal for a nationwide minimum wage of CHF22 per hour.