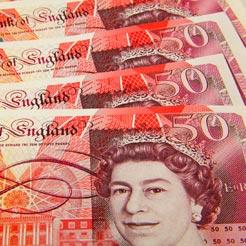 The two cases relate to employee loan agreements, the supply of employees’ services using a third party, and the transfer of creditor rights to employer-financed retirement benefit schemes (EFRBS).

The second case under consideration looked at Mr N, who as a contractor provided services to E Ltd. For this he was paid the minimum wage, with a similar arrangement under which he received interest-free, repayable on demand loans from an agency employer, with the creditor rights transferred to an EFRBS. In effect, he received £91,000 of £110,000 paid by E Ltd to the agency, giving him 82.7% of his total salary, ‘against a standard employment post tax return of 48% - 56%’.

HMRC took the position that the liability owed to the EFRBS by Mr N 'will not be met, and was never intended to be met' and that 'the arrangements were deliberately structured in such a way that if liability to account for PAYE and National Insurance contributions on the whole amount were to fall on [the agency employer] there would not be adequate funds to meet that obligation.'

In reaching a judgment, the panel concluded that Mr N and the agency employer ‘adopted a series of predetermined and contrived steps to exploit this perceived weakness’ in s207(5) Finance Act 2013, saying: ‘In our view neither the entering into nor the carrying out of the steps in this case amount to a reasonable course of action in relation to the provisions charging tax on and giving deductions for employee rewards (including rewards by way of loan)’. It also concluded, as in the case of Mr B, that these tax arrangements were not a reasonable course of action in relation to the relevant tax provisions.

The second involved a company known only as A Ltd, and a couple (Mr and Mrs B) who were both 50/50 shareholders in the company, as well as an agency employer acting as a trustee and employing Mr B, who was also the beneficiary of an EFRBS.

The appointment of an additional director to the company allowed Mr B to resign as director in July 2014 and he was then appointed as a non-executive director.

He subsequently took up an employment contract with the agency employer, which itself established a services contract with A Ltd.

Payments of a minimum wage were made by A Ltd to Mr B via the agency employer. The agency employer then made interest free, repayable on demand, 'discretionary' loans to Mr B, with the creditor rights to these loans being transferred to the EFRBS.

The GAAR panel found that it was 'abnormal for an employee providing existing exclusive services to his own company to move his employment arrangements to a third-party agency employer'. it recognised that the arrangement, in this case, had 'no commercial purpose other than a hoped for saving of tax'