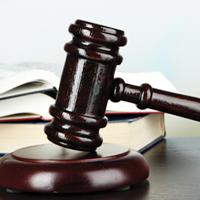 A taxpayer has won his appeal against £10,000 of penalties for late payment of tax after a First Tier Tribunal (FTT) found he had a ‘reasonable excuse’ for failing to pay on time due to financial problems when his marriage broke down unexpectedly.

Cooke told the tribunal that he had been in financial difficulties and used £70,000 from the share sale to pay off his Individual Voluntary Arrangement. A further £30,000 was used to discharge a loan. At the time he was living with his wife and children in a property which was in negative equity.

Cooke and his wife then went on to buy a second property, using most of the balance left from the share sale, with the intention of raising a mortgage on that property in order to pay his CGT liability by the due date.

However, in March 2012 Mrs Cooke began divorce proceedings and initially refused Cooke’s requests to sell or mortgage the new property so he could pay the CGT. The house eventually went on the market in l August that year. By December the property had still not sold and Cooke told the tribunal he had telephoned HMRC on a number of occasions to tell them he would not be able to discharge the CGT by 31 January 2013. Cooke claimed that during these calls he was told not to worry, that HMRC would allow time for payment and that penalties would not be charged.

When the property finally sold on 24 October 2013, Cooke paid the outstanding CGT on the same day from the proceeds of sale. By this point two late payment penalties had been issued.

HMRC argued at the FTT that Cooke did not have a reasonable excuse for failing to pay his tax on time and there was no time to pay agreement. HMRC also said there was no evidence that officers had told Cooke he would not be charged late payment penalties. Cooke could have carried on living at his existing property and paid his tax, rather than opting to use the money from the share disposal to move house.

HMRC said that while the department had sympathy with the change in Cooke’s personal circumstances during the 2011-12 tax year, there were no events that were outside his control which prevented him from settling his tax liability.

The FTT, however, disagreed stating that at the time Cooke purchased a second property he could not have known that his marriage of 13 years was about to fail. The tribunal said he was entitled to manage his financial affairs as he saw fit, and the proposal to raise a mortgage on the second property to pay CGT would not normally have presented any difficulty and would have happened, had the marriage not broken down.

The FTT described Cooke’s marriage breakdown as ‘clearly an unforeseen event which was entirely beyond his control’ and said ‘he could not have reasonably expected events to conspire to prevent him from discharging his tax liability on time.’ On this basis, Cooke’s appeal was allowed and the penalties discharged.