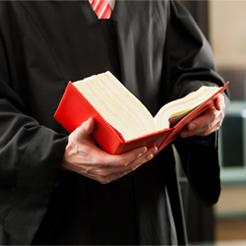 A taxpayer who had always paid tax at source under PAYE and submitted unsolicited tax returns in an attempt to address overpayments, has lost an appeal at tax tribunal over HMRC’s refusal to accept the returns

HMRC rejected the returns, forcing appellant Stephen Raison to take the case to the First Tier Tribunal (FTT) where he lost the appeal on a procedural point.

In Stephen Raisin and the Commissioners for Her Majesty’s Revenue and Customs, [2019] UKFTT 199 TC07047, the tribunal was told Raisin was employed, paid tax at source under PAYE and had never received a notice to file a return from HMRC under Taxes Management Act 1970 (TMA 1970), section 8.

He then submitted tax returns for several years which showed that he had overpaid tax for each year because his PAYE code had not taken into account deductible business expenses incurred in the course of his employment.

HMRC refused to accept and process the returns because they were ‘voluntary’ returns and were therefore not recognised as tax returns in the legislation.

The FTT found that it had no jurisdiction to hear an appeal about voluntary returns and it therefore struck out the appeal.

Even if the tribunal had jurisdiction, it would have rejected the appeal as it appeared that (at the time of rejection and even at the time of the hearing) HMRC was right to reject the returns as they were voluntary returns.

Furthermore, even if they were to be seen as either Income Tax (Earnings and Pensions) Act 2003 ITEPA 2003, s711 notifications requiring HMRC to give a notice under TMA 1970, s8, or as TMA 1970, Sch 1AB claims for overpaid tax, they had correctly been rejected as out of time.

The FTT also decided not to stay the appeal behind another case (the Patel case, which HMRC had appealed) because it found that this would serve no purpose.

The tribunal noted that draft legislation in Finance Bill 2019, since enacted as FA 2019, s87 which introduced TMA 1970, s12D, would give HMRC discretionary powers to accept voluntary returns as though a notice to file had been issued.

However, while this would give Raison the right to request that HMRC reconsider its position in the light of TMA 1970, s12D, whether HMRC chooses to exercise that discretion in his favour was something that the FTT considered it was very unlikely to have any jurisdiction over.

Croner-i tax writer Meg Wilson said: ‘In this case, as in the recent case of Hemingway [2019] TC 06920, HMRC argued against their usual long-standing practice of treating unsolicited returns as if they were returns received following a notice to file.

‘Since the case was heard, s12D has been added to TMA 1970, which gives HMRC powers to accept voluntary returns as though a notice to file had been issued. However, as HMRC’s powers are discretionary this new section may not help the taxpayer in this case.’