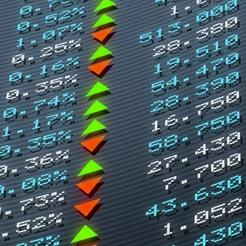 There are currently no black executives at the top of the UK’s biggest companies, with no chairs, CEOs or CFOs in the FTSE 100, according to research compiled by executive recruitment and diversity consultancy agency Green Park

The early findings from the Green Park Business Leaders Index 2021 reveal that while the numbers of most other minority ethnic groups in these top positions have increased by a small amount since its first report in 2014, the number of black leaders at FTSE 100 companies has stalled and then dropped to zero.

Cruise operator Carnival, which is run by a black chief executive, Arnold Donald, dropped out of the FTSE 100 last summer, and the South African businessman Fred Phaswana has retired as the joint chair of the packaging and paper group Mondi.

As a result, only 10 of 297 (3.4%) leaders in the Top 3 roles have ethnic minority backgrounds, the same proportion as when Green Park began their FTSE analysis in 2014.

This compares unfavourably with increased percentages for other minority ethnic board members (Muslim, Hindu and Sikh, and Chinese and East Asian) across the same period.

The consultancy says prospects for future increases in black representation at the highest levels of British business also look slim, with numbers in the leadership pipeline decreasing over the past year from 1.4% to 0.9%.

Trevor Phillips, chair of Green Park, said: ‘We know there is no shortage of qualified candidates to fill these roles if companies are willing to look. Yet the snowy peaks of British business remain stubbornly white.

‘We cannot go back to business as usual. It is time that shareholders, consumers and employees start questioning whether Black Lives Matter is just rhetoric rather than reality.

‘Corporate leaders need to stop telling us how much they care and do something to show us that black lives really do matter.’

The figures released today are an early insight into the findings of the Green Park Business Leaders Index 2021, an analysis of the gender and ethnocultural diversity of FTSE leadership. They were released to mark the UK’s first ever Race Equality Week, with hundreds of organisations and individuals uniting in activity to tackle the challenges faced by ethnic minorities in the workplace.

As part of its contribution, Green Park is proposing to tackle a crucial issue for many candidates for senior positions – the belief that they may be recruited as ‘diversity window-dressing’, but excluded from key decisions such as major appointments or acquisitions being taken by a leadership team which is all male or all-white.

The company’s board has instructed that under the ‘Green Park Rule’ any spending decision above 1% of turnover must be made by a diverse group; if this is not possible, the fact should always be reported to the board and noted in the company’s annual report.