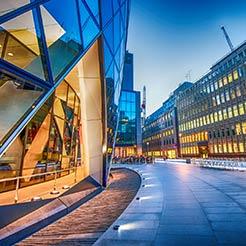 FTSE 100 companies have up to £4.5bn at risk from tax disputes, most commonly arising from changes in legislation in emerging markets, according to research by Thomson Reuters

They include a challenge by an oil and gas company over liability to pay an additional levy on oil extraction to the Brazilian tax authorities, which could result in liabilities of $3bn (£2.46bn).

Another dispute between the Brazilian tax authorities and an international mining company,  in connection with a joint venture, involves potential liabilities of $1.4bn for the underpayment of a social contribution levy and a further $1.1bn related to the incorrect calculation of corporation tax.

The analysis also identified potential liabilities of £2.9bn recorded by a consumer goods company related to a dispute with a foreign tax authority over a restructuring in that country.

Thomson Reuters says tax policy in some emerging economies is still going through a major transition, which can catch multinationals out. New tax legislation and administrative structures are being introduced as, for example, some economies shift from consumption-based taxes towards increasing taxation of corporates with business interests or dealings in a particular territory. Multinationals can be less attuned to these changes than locally-based companies and can therefore be inadvertently caught up in major tax disputes.

Potential liabilities arising from tax disputes were highest for consumer goods companies last year, which represented 64% (£2.9bn) of the liabilities faced by FTSE100 companies, followed by pharmaceuticals companies at 21% (£924m).

Thomson Reuters says pharmaceuticals companies have historically been involved in more large-scale tax disputes than companies in other sectors, largely because of challenges to their use of transfer pricing to account for costs relating to the use of  intellectual property.

Raichel Hopkinson, head of practical law dispute resolution at Thomson Reuters, said: ‘The rapid growth rate of developing countries can mean that governments are under pressure to raise revenues for public services and infrastructure spending, which can result in a more aggressive approach to enforcing tax laws.’

However, she pointed out that while there has been a trend for some of the highest value tax litigation cases to arise in emerging markets, there is still a regular stream of big-ticket tax cases involving FTSE 100 companies and HMRC, as well as revenue authorities in countries such as France.

‘Tax authorities are taking an increasingly aggressive stance towards potential underpayment by businesses and are more willing to open lengthy investigations and issue penalties for individual infractions that can run into hundreds of millions if not billions of dollars.

‘Corporates increasingly fear that an appetite for extra tax revenue is trumping the desire of governments to be seen as friends to businesses,’ Hopkinson said.