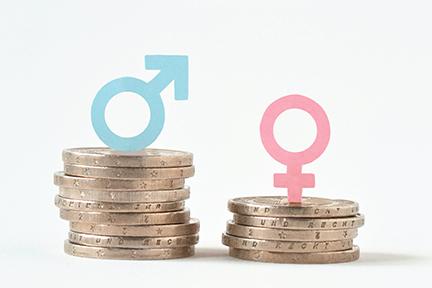 Slow progress on reducing the gender pay gap at the UK’s biggest companies means it will be almost 200 years before there is equal pay in the FTSE 100, while reporting and employment changes during the Covid-19 pandemic will make future trend analysis more complex

The Equality Trust charity has released a report to mark fifty years since the Equal Pay Act 1970 was passed. This found that at the current rate of progress, evidenced by comparing the average pay gap among reporting companies for 2019 with that for 2018, it will take almost 200 years before the gender pay gap is eliminated, based on the companies reporting.

The ten worst reporting companies within the FTSE 100 (or their subsidiaries) all have a gender pay gap of over 40%, while the ten worst gender bonus gaps are in excess of 75%.

HSBC led the ranking with a mean gender pay gap of 55.1%, while elsewhere in the financial services sector, Barclays was 47.4%, St James Place Management at 43.4% and Standard Life Investments 41.4%.

The biggest difference in mean bonus payments was at packaging company DS Smith, where it was 86.4%.

Colin Baines, investment engagement manager, Friends Provident Foundation, which was one of the report funders, said: ‘The past year has seen massive growth in the number of investors claiming to integrate ESG (environmental, social, governance) into investment decision making.

‘However, it is fair to say that until recently the ‘S’ was the poor relation.

‘This is no longer the case with the pandemic pushing social issues to the top of the ESG agenda, with issues such as fair pay set to come under increasing scrutiny.

‘The Equality Trust’s new report is perfectly timed to influence this investor engagement with companies, it is frankly astonishing that such large gender pay gaps still exist today.

‘It is also concerning that some of those with the worst record are in the banking and investment sectors, they need to put their own houses into ESG order.’

At the start of the coronavirus outbreak, the Government Equalities Office (GEO) and the Equality and Human Rights Commission (EHRC) took the decision to suspend enforcement of the gender pay gap deadlines for this reporting year (2019/20).

In normal circumstances, the EHRC has the power to investigate employers that fail to report their gender pay gap data and who could face an unlimited fine after court action.

At the time, the GEO said more than 3000 employers have already reported their data via the gov.uk website this year (26% of expected reporters), but did not give a date by which reporting should resume.

PwC said its analysis shows that approximately 48% of organisations continued to voluntarily report their pay gap in 2019/20 (although some had already submitted this data before the reporting requirement was suspended).

Of those who did disclose, the median of the mean pay gap reported was 13.7%.

Katy Bennett, director at PwC, said: ‘On the face of this, this suggests an increase compared to the median mean last year of 13.1%.

‘However, this trend may well be misleading due to the significant number of companies excluded from the 2019 data set.

‘Although it is positive that this suggests that overall the year on year trend continues to be downward, it should be noted that the change remains small.’

PwC warned that the suspension of the April 2020 deadline for companies to report their 2019 data will inevitably also have an impact on future reporting, particularly if organisations failed to collect the necessary information.

Bennett said: It’s encouraging to see that almost half of in-scope organisations went ahead with reporting.

‘This shows that many companies had already completed their analysis by the time of the announcement.

‘It also shows that increasing numbers of employers are taking their diversity and inclusion commitments seriously. For those able to report, this voluntary approach offered an opportunity to reinforce to staff and stakeholders the company’s continued commitment to closing their gender pay gap.’

Bennett urged companies to continue to collect the data, even if the government has not yet issued the deadline for reporting, in light of the reputational damage from failure to do so compared to their peers.

However, she cautioned that future comparisons may be skewed because pay gap data is collected by companies from April payroll data, meaning that for 2020/21 reporting, the ‘snapshot’ of April 2020 will reflect the unusual conditions prevailing during the Covid-19 pandemic.

‘Under current regulations it’s likely that staff who are on furlough, are being paid a reduced salary or are on certain types of leave will not be included in gender pay gap calculations.

This will mean that the number of employees used to calculate gender pay gaps may be significantly different between 2019 and 2020,’ she said.

Other differences are likely to include reductions in bonuses in some companies due to Covid-19 with the impact being seen in some companies next year and in others the year after. This will make year on year changes in bonus gaps as well as comparisons between different organisations difficult.

There may be other anomalies in pay, such as pay increases for certain key workers, which will have a knock on impact on the pay numbers used to calculate the pay gap.

Bennett said: ‘At this point it is uncertain whether or how the GEO will adapt current reporting requirements to address these challenges (and indeed when the current suspension on the reporting deadline will be ended).’