FSB demands reform one year on from Carillion 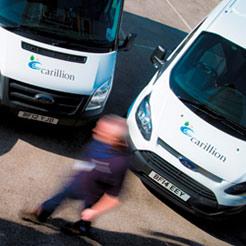 The collapse of government outsourcer Carillion on 15 January 2018, which cost the taxpayer an estimated £150m, has prompted greater scrutiny of the outsourcing market and calls for a major reform from the Federation of Small Businesses (FSB)

Carillion, which handled more than 400 government contracts including the HS2 programme, had been issuing profit warnings since the summer of 2016. Its collapse threatened more than 43,000 jobs and a major disruption of key services to taxpayers.

To coincide with the anniversary, the FSB has called on the government to implement a three-point plan, under which the small business commissioner should be able to introduce tougher penalties for companies that violate the prompt payment code.

Non-executive directors should be appointed to the boards of big companies to handle supplier relationships and payment practices. Finally, all public sector contracts should involve project bank accounts, with accountability to parliament in order to ensure their use.

Mike Cherry, national chairman of the FSB, said: ‘The collapse of Carillion was a watershed moment that brutally exposed the shocking ways that some big businesses treat their suppliers.

‘The construction giant used its dominant position to squeeze smaller firms with late payments and unreasonable payment terms in an attempt to shore up its own precarious position. These practices did not save them and their failure has resulted in very real human consequences.

‘Many small businesses were left with nothing for the hard work they had undertaken beforehand and given nothing in compensation after. Some did not survive.

‘A year on, we have seen the government be proactive in attempting to improve public procurement and stamp out poor payment practices.

‘Recent reforms to crackdown on public sector suppliers that do not pay on time are welcome and send a clear message that paying late is not okay. However, more must be done to ensure private, as well as public sector, supply chains pay on time.’

2018 saw major upsets in the outsourcing market. At the end of January, administrative outsourcer Capita issued a warning that profits would be £100m lower than expected. Ten days later, Interserve announced that it was in rescue talks with lenders in order to arrange fresh funding.

The work and pensions committee, headed by MP Frank Field, issued a scathing reporting on the collapse of Carillion in May, in which it emerged that the company had nearly £7bn in liabilities, including pension liabilities of £2.6bn. Field attacked the company’s directors for their ‘recklessness, hubris and greed’ in allowing the collapse to happen.

In November 2018 Capita, Sopra Steria and Serco volunteered to provide ‘living wills’, a contingency plan that in the event of failure would guarantee minimal disruption to services, following the unveiling of a series of proposals by the Cabinet Office aimed at creating greater transparency and improving the social and economic benefits of government outsourcing.

In the same month, Interserve saw its share price slump by 30% over rumours of potential difficulties began to surface. In December, the company reported debts of £600m, despite having arranged an £834m rescue package with lenders in May.

Brendan Sharkey, head of construction at MHA MacIntyre Hudson, believes that Carillion’s collapse was emblematic of the flawed business models across the outsourcing sector: ‘The UK construction sector has long suffered from a turnover before profit culture, with many large sprawling companies chasing low margin deals. Carillion was the gravest illustration of the consequences.

‘Unfortunately, despite awareness of the pitfalls of this business model, many UK construction companies do not seem able to break away from this high-risk, low-margin culture. They have conducted their affairs in this way for so long that low margins are part of their DNA.’