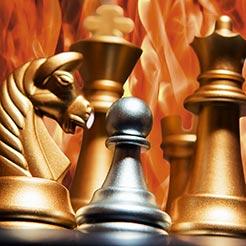 The Financial Reporting Council (FRC) is considering amending new UK GAAP - FRS 102 accounting rules - after growing concern over interpretation in relation to the accounting for loans in the social housing sector, which it says could have a significant impact on financial statements

The issue relates to the way in which registered providers of social housing classify loans as ‘basic’ or ‘other’, which then impacts on whether the loans are measured on a cost or a fair value basis. Paragraph 11.9 of FRS 102 sets out the conditions to be met.

Loan agreements commonly include a provision setting out amounts to be paid by the borrower to the lender as compensation should the borrower repay the loan early and current market interest rates are lower than the fixed rate specified in the agreement. These arrangements are covered by FRS 102, which explicitly states that such provisions do not prevent the loans being classified as basic.

However, the FRC says difficulties have arisen because the social housing sector frequently makes use of fixed rate loan agreements which include a provision requiring the borrower to pay the lender or the lender to pay the borrower, depending on whether current market interest rates are below or above the agreed fixed rate. FRS 102 does not explicitly address compensation that can be paid to the borrower.

The FRC says feedback suggests there are divergent views, based on differing interpretations of one of the qualifying conditions, over whether such loans can be classified as basic.

Those advocating a basic classification have also argued that the resulting measurement of the liability, based on cost, provides more relevant information, by better reflecting the intentions of the contracting parties in entering into the agreement and their expectations of future actions.

The FRC says that this is likely to lead to diversity in practice in some areas, and reminds preparers that FRS 102 (paragraph 8.6) requires disclosure about judgements that have had a significant effect on the amounts recognised in the financial statements.

Going forward, the regulator has indicated that it is likely to review the classification of loans with two way compensation clauses as part of the triennial review of FRS 102. The FRC expects to consult on any proposed amendments early in 2017, which would be effective from 1 January 2019, although early application may be available.

Corporate Concerns - A problem shared is still a problem