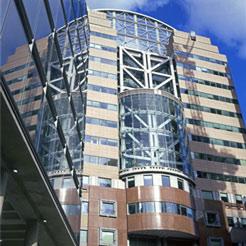 The quality and quantity of dividend policy and practice disclosures has improved, with over half of FTSE 100 companies disclosing information about distributable profits or distributable reserves, according to a study by the Financial Reporting Council (FRC) financial reporting lab

The lab reviewed all the FTSE 350 annual reports published in 2016 that were also in the FTSE 350 at the end of 2015, to assess the extent to which disclosure practice had changed since it published a report calling for enhancements in disclosures. The latest report covers 313 companies in total.

It found 132 companies have now implemented some of the disclosure recommendations from the dividends report.

Several prominent businesses including Hargreaves Lansdown, Domino's Pizza and Dunelm have made incorrect dividend payouts, demonstrating paying out the wrong dividends has become a serious issue for listed companies.

According to the FRC, the most noticeable change has been the inclusion of reference to distributable profits or distributable reserves, with 58% of the FTSE 100 making some level of disclosure (up from 40% in 2015).

However, the lab noted that this level of change has not been seen in the FTSE 250 with, for example, only 30% of companies making some disclosure on distributable profits/reserves.

Across the FTSE 350, the lab reported some companies have improved disclosure of the risks to dividend or the factors that were considered in setting the dividend policy, while some have enhanced descriptions of what the stated dividend policy means in practice, although further improvements could be made in this area.

Phil Fitz-Gerald, director of the Financial Reporting Lab, said: ‘We are pleased that companies have responded to what investors asked for in the lab’s report findings in 2015. Investors find this information particularly useful to evaluate the board’s stewardship of the company and assess prospective dividends.

‘We urge more companies, particularly those outside of the FTSE 100, to take on board the findings of the original lab report to improve their disclosures in the coming reporting season.’

The lab recommends four ways in which disclosures could be improved. They include identifying the explicit links between the dividend policy and the potential impact of the company's principal risks and viability.

The lab says dividend strategy should be a clear element of all three, either as one of the outcomes (business model), something that may be impacted by risks or as an important part of potential mitigation response (viability).

Secondly, companies should enhance disclosure on any constraining factors to dividend payments, either by providing details on the sustainability of the dividend or by clarifying the level of distributable profits/cash or other constraining factor (especially in the FTSE 250).

Thirdly, companies should explain more fully what the policy means in practice, either by explaining what a ‘progressive’ policy (or equivalent description) means in terms of growth or by clarifying how ‘pay-out ratios’ are calculated.

Finally, the lab recommends companies clarify where profit is generated in the group, how profits might flow to the top company and any relevant constraints (current or potential) to that flow.