FRC plans to consult on FRSSE 2015 for small business 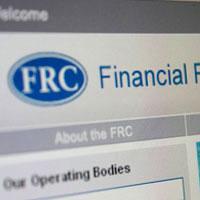 Plans to issue an exposure draft for revised accounting standards for small companies that report under the Financial Reporting Standard for Smaller Entities (FRSSE) have been delayed due to the pending introduction of the EU Accounting Directive.

It is understood that the Financial Reporting Council (FRC) will now issue an initial consultation on FRSSE 2015 by the end of June, rather than the expected exposure draft.

However, any proposals may well conflict with the new EU Accounting Directive which the Department for Businesss, Innovation and Skills (BIS) is currently drafting. The new EU-driven accounting rules will be introduced as part of the Companies Act in due course and are set to come into effect by 2016.

The EU directive defines a small company as a business with a turnover up to £10m, which is higher than the FRSSE maximum turnover threshold of £6.5m.

The timetable for the introduction of the EU Directive is legislation set for July 2015 and it has to be implemented by January 2016 for companies reporting under the new framework. However, it will not be mandatory.

Speaking at the Wolters Kluwer National Tax and Accounting Conference in London on 12 July, Julia Penny, content manager, audit and accounting at CCH, said: ‘The main conflict between FRSSE and the EU accounting directive is that FRSSE requires too much disclosure so effectively companies will not be able to use it. The EU Accounting Directive only has 13 disclosures.’

‘The FRC needs to work with BIS as they are doing all the implementation of the EU law. They need to take a decision about the future direction.’

The uncertainty has drawn criticism from business and practices who feel that the government’s mantra of deregulation is creating more complexity.

‘We may have a separate standard for smaller entities, for example there is talk of an FRS 102 ‘light’ with less disclosures. But the timing is unfortunate as a lot of businesses will be unable to make a choice with so much uncertainty over the future,’ said Penny.