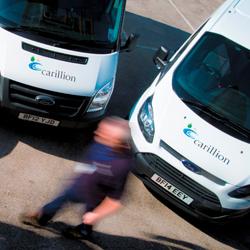 The Financial Reporting Council (FRC) delivered its Initial Investigation Report (IIR) in connection with its two-year probe, opened in February 2019, into certain aspects of KPMG’s audit of the financial statements of collapsed outsourcer Carillion plc for the year ended 31 December 2013

The investigation focuses on the year end 2013 audit and outlines areas where the FRC considers audit standards have been breached.

The report has been delivered to Big Four auditor KPMG for internal review so it can make representations to the regulator, but it will not be published for public review.

The listed company, which handled the majority of public sector outsourced construction contracts, went into liquidation on 15 January 2018 as last ditch rescue talks failed when banks refused to extend further credit lines to the huge construction company, and the UK government decided against offering a loan.

An FRC spokesperson said: ‘On investigations there are 1000s of documents to be reviewed as well as a large number of interviews.

‘Once the IIR is delivered, the firm can provide representations, then the FRC exectuive council decides whether to pursue enforcement proceedings.

‘The delivery of the IIR report shows that progress is being made. In terms of next steps, this depends on the time it takes KPMG to respond. It depends on the complexity of the case and so that typically takes time. There is no exact time frame but the investigation is progressing.’

The FRC executive council would then be in a position to take any decisions regarding a full tribunal hearing.

The FRC confirmed that the investigation into Carillion’s directors is ongoing.

This is the second IIR that the FRC has delivered in connection with its investigations of KPMG’s audits of Carillion plc’s financial statements. On 21 September 2020 the FRC announced that it had delivered its first IIR, regarding its investigation opened in January 2018 into KPMG’s audit of the financial statements of Carillion plc for the years ended 31 December 2014, 2015 and 2016 and additional audit work carried out during 2017.

If you think this article would be useful to a friend, click the 'Share with a Friend' button below
4.25
Average: 4.3 (4 votes)

Carillion hearing over audit issues to start on 10 January