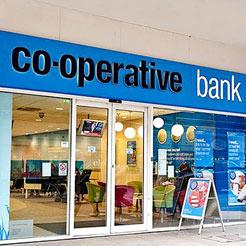 The Financial Reporting Council (FRC) has fined KPMG £5m, severely reprimanded the firm and imposed additional requirements on its auditing of credit institutions for the next three years, for misconduct in its audit of the Co-operative Bank in 2009

The fine, which is discounted for settlement to £4m, comes just days after the regulator fined KPMG £6m for misconduct in the firm’s auditing of a Lloyds syndicate.

The FRC investigation stemmed from KPMG’s audit of the Co-op’s financial statements for the year ended 31 December 2009, which was also heavily criticised in a government review of the bank’s near collapse in 2013.

As well as the fine and severe reprimand, KPMG will also pay £500,000 towards the FRC’s costs. In addition, all KPMG’s audit engagements with credit institutions for audits with 2019, 2020 and 2021 year ends will be subjected to an additional review by a separate KPMG audit quality team, who will provide reports to the FRC.

The FRC said these additional reviews would focus in particular on two areas:  whether appropriate consideration was given to assessment of the risks and implications of possible management bias in management determination of accounting estimates; and audit work relating to loss loan provisioning.  The first report is due by 30 June 2020.

Audit partner Andrew Walker has been fined £125,000 (discounted for settlement to £100,000) and severely reprimanded.

The misconduct occurred shortly after the Co-op Bank’s merger with the Britannia Building Society (Britannia). The deal, which was intended to create a so-called ‘super mutual’ sowed the seeds for the bank’s near collapse six years later following the discovery of a £1.5bn ‘black hole’ which came from large losses on commercial property and bad loans acquired during the takeover. KPMG was responsible for some of the due diligence on Britannia.

The FRC said KPMG and Walker both admitted that their conduct fell significantly short of the standards reasonably to be expected of an audit firm and an audit partner in two areas. The first related to the audit of fair value adjustments (FVAs) in relation to loans within the commercial loan book acquired from Britannia, while the second concerned the audit of FVAs and liabilities under a series of loan notes (Leek Notes), which were also acquired from Britannia.

The misconduct in respect of these two areas included failures to obtain sufficient appropriate audit evidence; failures to exercise sufficient professional scepticism and a failure to inform Co-op Bank that the disclosure of the expected lives of the Leek Notes in the financial statements was not adequate.

A KPMG spokesperson said: 'We note the FRC’s announcement regarding our audit of the Co-op Bank for the year ended 31 December 2009. We regret that some of our audit work around specific elements of the Bank’s fair value adjustments did not meet the appropriate standards.

'The work in question was conducted almost a decade ago and we have significantly enhanced our procedures and training around the areas in question since then.'

The FRC has also separately considered the conduct of Barry Tootell, the chief financial officer of the Co-op Bank.  In an earlier decision, he admitted misconduct and was excluded from membership of the ICAEW for six years.