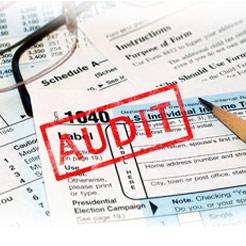 The Financial Reporting Council (FRC) has fined Grant Thornton UK £2.275m and given retired partner Robert Napper a three-year ban and a £130,000 fine after its investigation identified a range of ‘widespread and significant’ failings in work on the audits of AssetCo plc, a provider of  outsourced fire and rescue services and equipment

The regulator said both the firm and Napper had admitted misconduct, which was down to ‘significant and widespread lack of professional competence and due care’ in the audits of the financial statements of the AIM listed company for the financial years ended 31 March 2009 and 31 March 2010. Grant Thornton was the statutory audit firm, and Napper the audit engagement partner.

FRC said the firm and Napper had failed to keep track of tasks and resolve outstanding queries, which led to confusion and some key information and issues being overlooked. The investigation also found flawed judgments; deficiencies in understanding; and insufficient appreciation of audit risks.

The FRC said Grant Thornton and Napper have further accepted that the root cause of many of the defects in their audit work was a significant failing in the application of professional scepticism, which should be at the core of the work of statutory auditors.

The FRC’s executive counsel brought a total of 12 allegations against the firm and Napper concerning a range of matters. These included disclosures in respect of related party transactions and restricted cash; the existence of significant amounts of finance lease debtors and related revenue, and measurement of substantial assets including investments in subsidiaries, goodwill and other intangible assets; the assessment of the going concern assumption in the financial statements; and failures to apply sufficient professional scepticism in relation to a variety of matters material to the financial statements.

Gareth Rees executive counsel to the FRC, said: ‘The respondents have admitted widespread and significant failings in their audit work, and GT specifically has accepted there were serious failings in the execution of certain aspects of the firm’s quality control procedures.

In a statement, Grant Thornton said: 'We have fully co-operated with the FRC throughout the investigations and regret these failings. Our audit quality processes have evolved significantly since these audits were performed in 2009 and 2010 and we are determined in our efforts to ensure our work is of the highest quality. Given the FRC’s ongoing proceedings against three former executives of AssetCo plc, in which the FRC alleges, amongst other things, that they acted dishonestly or recklessly, we are unable to comment further.'

The FRC’s particulars of fact and acts of misconduct is here.

The FRC’s settlement agreement with Grant Thornton and Napper is here.