Four out of five businesses not Brexit-ready 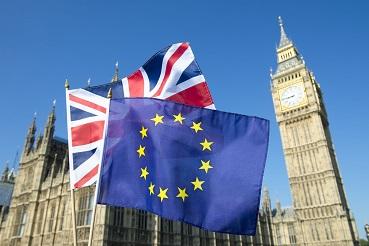 With under a month to go until the UK leaves the EU, four out of five businesses do not know the full extent of Brexit risks and are not sufficiently prepared, according to a poll by EY

The firm canvassed the views of over 1,700 businesses – both UK and international headquartered – to gauge how businesses believe they will be impacted by Brexit and the extent to which they have put plans in place to mitigate the risks of trading in a post Brexit world.

One in five said they have a good understanding of the risks of not being prepared and have mitigations in place, compared to one in nine when businesses were polled in September at 100 days to go to Brexit.

EY said that while this is a marked improvement, it still leaves four out of five businesses not knowing the full extent of the risks and not having sufficient preparations in place.

Over half of the respondents polled have at best a moderate (36%) or, worse, a poor understanding (17%) of the risks.

The findings also show that 40% of businesses believe that once the necessary operational changes have been made, they will continue with business as usual, while 20% acknowledge that it will present a bump in the road and once the initial challenges have been navigated, normal service will resume.

One in 10 businesses expect to see no disruption whatsoever.

Sally Jones, EY’s Brexit strategy and trade leader, said: ‘Businesses that believe Brexit will be a “storm in a teacup”, quickly followed by business as usual, may live to regret not preparing for the fundamental challenges it will bring to how they operate and trade.’

Jones said comparisons have been made between Brexit and Y2K – the computer programming shortcut that was expected to cause extensive havoc as the year changed from 1999 to 2000 – but  warned that Brexit is a fundamentally different challenge for business.

‘Y2K presented a specific problem with a defined date that failed to materialise thanks to hard work from dedicated IT teams.

‘Brexit is a process that will likely challenge businesses for weeks if not months following the end of the transition period on 31 December. It is also a problem that cuts across all of a business’s functions, not just IT, and the sheer level of uncertainty means that companies still don’t have anything like enough specificity to prepare,’ she said.

In addition, EY said there are concerns that some of the preparation effort is misplaced. According to the poll, businesses have identified that customs and supply chain are likely to be the areas most impacted by Brexit (45%), a similar level of responses to when the poll was conducted in September (55%), while regulatory and legal aspects were way down the list of concerns, accounting for one-fifth (19%) of respondents (compared to 23% in September).

With or without a UK-EU trade deal, EY said the end of the Brexit transition period will instigate the biggest simultaneous change to the UK’s trading, regulatory, immigration, and judicial system in decades. With no precedent for such wide-ranging implications and critical outstanding questions on how new processes will work, predictable and unpredictable disruptions to business continuity are guaranteed.

Jones said: ‘There is simply no way that businesses can be fully prepared for what’s coming as they don’t know what they are preparing for.

‘Therefore, they need to take all steps possible to game the odds in their favour. But this can be tough when budgets are squeezed, resources are becoming increasingly scarce and speed to react and respond is critical.’

This point is echoed by Tom Rathborn, a specialist in public affairs with Grant Thornton, who said that with just under one month to go, businesses still do not  know exactly what they will be facing next year and cautioned that they must be alert for any changes to UK and EU guidance and ensure they are ready for action.

‘Over the next few weeks it will be hard to miss if a deal is reached or not, but other, potentially more-important announcements, might not be so obvious.

‘For example, the EU is expected to release emergency legislation to come into force in the event of no-deal. This may include critical information for organisations trading with Europe.

‘While a Brexit plan is vital, it’s useless if your people don't understand its implications for their day-to-day jobs. Businesses need to make sure that they’re confident all their people know what impact Brexit will have on their roles and who to speak to if they have any questions.

‘With potentially crucial government announcements set to come during the holidays, businesses need to have the necessary measures in place to enable them to respond in real time without being bounced around out-of-office notifications.’

Big Four in talks with government on Brexit