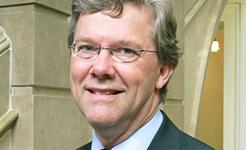 Sir Edward Troup, former permanent secretary at HMRC, has been cleared to start a new part-time role as an external senior tax adviser at management consulting company McKinsey, although he is not permitted to give EU tax administrations Brexit-related advice

The advisory committee on business appointments (ACOBA) has said that there are ‘some risks under the government’s business appointment rules’ with Troup’s new role at McKinsey. One concern was that the appointment could be seen as a reward for decisions made in office, particularly as HMRC paid McKinsey £680,000 to help design a Brexit customs arrangement.

However, although Troup had some official contact with McKinsey while at HMRC, he was not involved with McKinsey regarding any paid advice that the business provided to HMRC. He also had no influence in contract letting or contract management as this was down to CEO Jon Thompson. Therefore, the committee concluded that Troup’s new role was not a reward for decisions made while in office.

HMRC contacted the Big Four, McKinley’s competitors, regarding Troup’s appointment but ‘no objections or issues were raised’.

Therefore, the committee has allowed Troup to start the new role as long as the following conditions are met for two years from his last day in Crown service:

Troup must also inform the committee if he plans to expand or change his role as he may have to make a new application to the committee.

Troup left HMRC on 15 January 2018 after working for the tax authority for five years. He was appointed as executive chair and first permanent secretary in February 2016, after joining HMRC in 2012. Troup joined HMRC from the Treasury where he was director of business and indirect tax before being promoted in 2010 to director-general of tax and welfare.

In 1995 Troup was asked to join the Treasury as special adviser on tax to Kenneth Clarke, the then Chancellor. Troup worked on the 1995 and 1996 Budgets, before returning to global law firm Simmons & Simmons in 1997 as head of tax strategy.

Troup is not the first HMRC chief to go on to advisory roles after leaving the tax authority. In May 2013, former HMRC tax chief, Dave Harnett, landed an advisory role with Big Four firm Deloitte. At the time ACOBA ensured that Hartnett would not be permitted to engage in any work on 'how UK taxation can be mitigated or avoided' or have any 'involvement in discussions with other fiscal authorities of UK's confidential tax policy where he has been involved in that area of work in HMRC'.

Failure to monitor ‘revolving door’ of civil servants into business