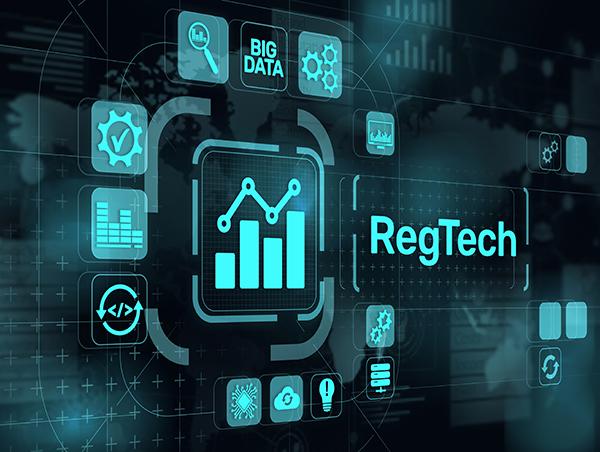 The City of London Corporation report conducted by RegTech Associates found significant barriers to the adoption of RegTech in the UK financial sector. These barriers are due to a lack of understanding between the key players in the market: policymakers and regulators, RegTech firms and financial institutions.

RegTech is an emerging industry that uses information technology to enhance regulatory processes. It refers to the evolving use of technology to streamline and cut compliance costs at financial firms, such as for reporting data on market transactions to regulators and spotting crime.

Some of the leading players in the UK RegTech industry are ComplyAdvantage, DueDil, ClauseMatch, Alyne, Onfido and Quantexa. Onfido, for example, is an identity verification and authentication company that uses AI-powered technology to validate a user’s ID and then compares it against their facial biometrics. Quantexa is an information technology company that specialises in analytics, data science and big data. The company’s technology integrates real-time entity resolution with network analytics and AI for vast and incongruent data sets.

The use of RegTech will generate opportunities for increased efficiency, more effective processes, and cost-savings for business, according to the report.

Policy chair at the City of London Corporation, Catherine McGuinness, said: ‘As we look to kickstart a strong, sustainable recovery post-pandemic, building on the UK’s leadership in technological innovation will be key.

‘The RegTech industry has huge potential to boost efficiency and productivity in the financial sector as well as creating new jobs. This will help to underpin the UK’s place as a world leader in both global technology innovation and regulation and the government should use the momentum created by the recently launched Kalifa Review and build on the recommendations in this report to ensure RegTech reaches its full potential.’

There are currently 230 RegTech companies with headquarters in the UK and 330 overseas RegTech firms that have an office in the UK or who are operating globally. The report also estimates that the UK RegTech industry currently employs approximately 68,000 people. This amounts to 2.3% of all the jobs in the UK’s technology sector.

Commenting on the report Adam Holden, CEO of NorthRow, said: ‘We welcome the report from the City of London Corporation, which highlights the benefits and potential of RegTech to dramatically improve not only compliance with existing regulation, but equip organisations with the actionable intelligence needed to make better business decisions.

‘If we are to realise the associated benefits – such as reducing the costs of compliance and de-risking of operations – as well as feel the wider economic impact of this burgeoning business sector, then more and more targeted support from both is needed to accelerate the adoption of RegTech. If the financial sector is unwilling to embrace RegTech of its own accord, then our regulatory authorities need to step in and mandate it.’

To address the challenges, the report offers recommendations that would help the sector grow, including building awareness about RegTech’s ability to scale through an independent testing and accreditation regime, regulators adopting a tech embracing stance to advocate for improved standards and establish a coherent and collective voice for the industry to represent the UK RegTech sector.

The report says that innovative technologies provided by the RegTech industry can help financial services to better meet their regulatory obligations by enabling real time surveillance of the financial markets and even predicting where risks and problems will emerge. It states: ‘This will be key to combat issues including financial crime, identity theft, fraud and terrorist financing activity.’