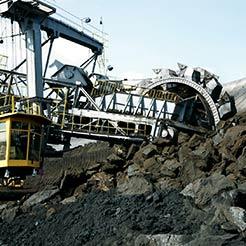 As climate change pushes to the top of the agenda, more businesses are including climate-related information in their financial disclosures, but are still failing to provide sufficient clarity for investors, says TCFD

The last status report from the Task Force on Climate-related Financial Disclosures (TCFD), which reports to the Financial Stability Board (FSB), provides an overview of disclosure practices between 2016 and 2018.  The taskforce reviewed financial filings, annual reports, integrated reports, and sustainability reports

It found nearly 800 organisations have adopted the TCFD recommendations, a more than 50% increase from the publication of the first status report in September 2018.  Analysis shows 91% have decided to ‘fully’ or ‘partially’ implement the TCFD recommendations, with 67% stating their companies plan to complete implementation within three years. Three quarters (76%) of users stated that they are already using climate-related financial disclosures in their decision-making process.

Analysis of reports from over 1,100 large companies across multiple sectors in 142 countries found that the average number of recommended disclosures per company has increased by 29% from 2.8 in 2016 to 3.6 in 2018.  The research used a custom-built artificial intelligence (AI) tool developed by PwC to assist with analysing climate change data.

At the same time, the percentage of companies that disclosed information aligned with at least one of the taskforce’s recommendations grew from 70% in 2016 to 78% in 2018.

While the taskforce described the disclosure review and survey as ‘encouraging’, it said it has concerns that not enough companies were disclosing decision-useful climate-related financial information, with more clarity needed.

Of companies using scenarios, the majority did not disclose information on the resilience of their strategies, while the preparers surveyed said they found disclosing scenario analysis assumptions difficult and lack standardised metrics and targets.

Jon Williams, sustainability & climate change partner at PwC and TCFD member said: ‘It’s really positive to see the increase in companies supporting the TCFD and beginning to disclose against its recommendations. We expect the momentum to continue, driven by the financial institutions responsible for assets of nearly $118 trillion (£93 trillion) who have signed up as TCFD supporters and regulators that supervise them.

‘We know companies are finding it a challenge, particularly in respect of scenarios analysis, a lack of data availability and the need for standardised metrics and targets. We also know that users of disclosures want to see more on the financial implications of climate-related impacts on companies.

‘It’s vital that financial institutions better manage the risks and opportunities that addressing climate change will bring. The more companies know about the risks they face, and the better they disclose the financial impacts, the faster and more effectively they can address them.’

The taskforce will continue to monitor adoption of its recommendations with a focus on areas that have proven challenging for implementation, and will deliver the next status report to the FSB in September 2020.

The list of 785 TCFD supporters in 49 countries includes 374 financial and 297 non-financial companies, with a combined market capitalisation of nearly $9.3 trillion, regulators and governments.

Environmental corporate reporting on the rise