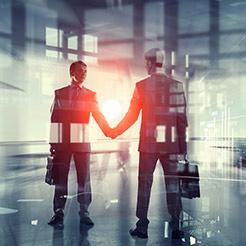 The UK’s top business leaders at FTSE 100 companies are still most likely to come from a finance background rather than any other sector, but diversity and gender representation has worsened

This year marks a resurgence in the number of chief financial officers (CFOs) and finance experts being hired for the top job at FTSE companies, with the number of CEOs with a financial background increasing from 40% in 2018 to over half (52%) in 2019. according to research into the profiles of FTSE 100 CEOs by recruitment consultancy Robert Half UK.

The fastest growing sector was technology, where the proportion of FTSE 100 CEOs with a background in IT increased by 27% in the last year, with 14% of CEOs now from this sector. This includes nearly a third 30% of all new CEOs appointed in the last year.

There was less progress on diversity with little progress since last year. The average age for a FTSE CEO is 55; unchanged from the previous two years, while 18% are Oxbridge educated, unchanged from 2018 and up from 16% in 2017.

Despite numerous initiatives to improve gender representation in the boardroom, the number of female CEOs is actually down, from 7% in 2018 to 6%.

Charlie Grubb, UK managing director, Robert Half Executive Search said: ‘Today’s CEOs require a changing blend of skills and experience to successfully lead their businesses into the future, with backgrounds in technology and finance equipping an increasing number with the ability to do so.

‘This is a trend that is increasingly becoming a focus for executive and senior leadership hires within a business as well – especially when coupled with invaluable softer skills such as communication, adaptability and resilience.’