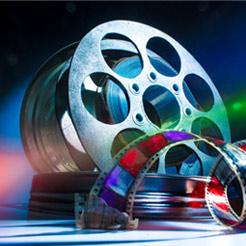 Tax relief payouts for film schemes has increased by 30% as well as other fluctuations to high-end television (HETV), animation, and video games for years up to 2015-16, according to statistics from HMRC

Since January 2007, when the current film tax relief was introduced, over £1.8bn has been paid out to meet 3,175 claims.

People are exploiting film tax reliefs by participating in tax avoidance schemes for example, Little Wing film who abused the film tax relief in an attempt to steal £100m.

Animation tax relief (ATR) was introduced in April 2013 with almost £19m being paid on 100 claims.

Richard Heap, a partner at RSM who specialises in technology, media and telecommunications said: ‘The recent launch of Pokémon Go, and the consequent doubling of the Nintendo share price in Japan, is a further reminder of the global importance of the video games industry which is now worth around $100bn a year.

‘Following the Brexit vote and the change in government ministerial responsibilities, the industry will no doubt be lobbying hard to ensure that this important relief remains in place for the future.’

HMRC have recently introduced tax reliefs for the theatre industry which was available from September 2014. As well as this a consultation into the tax relief for temporary and touring exhibition costs will be launched this summer.