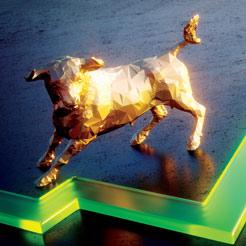 Revenue at the leading UK accounting firms has broken through the £16bn barrier as profitability increases with growing demand for tax and regulatory advice, shows Accountancy Daily Top 75 Firms Survey

Despite efforts by the competition regulator to improve competition across the audit profession, there is little sign that this is making an impact of firms.

There is some movement in the market with mid-tier firm BDO moving into fifth place, following the merger with Moore Stephens LLP which has resulted in a fee increase of 23% to £578m [2018: £468.7m].

Grant Thornton has dropped down to sixth position, with little growth in fee income over the 12-month period, as the firm has faced senior management changes and a number of high profile audit investigations. It grew fee income by 2% to £501.8m, but has yet to publish its profit figures after extending its financial year to 31 December 2019.

The top 10 revenue has grown to a record high of £1.98bn, helped by the continuing growth at accountancy consolidator, Cogital Group.

Cogital Group acquired a number of accountancy practices, many of which were previously in the Top 75 in their own right. These included former Moore Stephens group firm Scott-Moncrieff, which was ranked 52nd in last year’s survey with £14m in fees. Broomfield Alexander, previously ranked 73rd with £7.1m in fees, also quit the MHA network to join the consolidator.

Whether new groups emerge, or more established firms seek to grow through acquisition remains to be seen, but it is clear that change is coming.

Phil Verity, Mazars senior partner, said: ‘We will see change in the 10 to 75 part of the league table. It is about creating resilience in this most important tier, and it is about quality, choice and competition.’