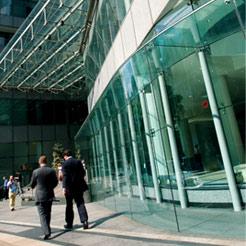 Smith & Williamson’s plans to merge with wealth manager Tilney in a £1.8bn deal have hit problems, with the Financial Conduct Authority (FCA) identifying ‘a number of issues’ with the proposed structure

Announced in September last year, the transaction was expected to complete in early 2020, subject to regulatory approvals.

However, it has now emerged that plans have stalled. AGF, a wealth management firm based in Canada which owns around 30% of Smith & Williamson, highlighted the issues in a statement to the Toronto Stock Exchange.

The company said: ‘During 2019, AGF announced a merger between Smith & Williamson Holdings and Tilney Group to create one of the UK’s leading integrated wealth management and professional services groups.

‘Based on the terms of arrangement, AGF will divest its minority stake and expects to receive total cash and equity proceeds of £193.2m (approximately C$331.8m) while maintaining a 2.3% interest in the newly merged company.

‘On January 20, 2020, AGF announced that the Financial Conduct Authority (FCA) informed Tilney Group that the proposed transaction structure for the merger of Smith & Williamson and Tilney Group has not met with its approval.

‘Discussions with the FCA are ongoing to determine the required steps forward.

‘All parties remain fully committed to the merger and continue to believe very strongly in the underlying strategic rationale of bringing the respective businesses together.

‘It is anticipated that the completion of the transaction, which remains subject to regulatory approval, may be delayed.’

The FCA has made no comment on the issues.

In a joint statement, Smith & Williamson and Tilney said: ‘As part of the regulatory process to approve the transaction, the FCA has raised a number of issues with the proposed transaction as currently structured.

‘As a result, Tilney is engaging with the FCA to seek to address its concerns and understand what requirements need to be met for a new application that are consistent with the strategic rationale and investment case.

‘Both parties continue to believe that a merger of Tilney and Smith & Williamson represents a significant opportunity to create the UK's leading wealth management and professional services business and remain fully committed to the merger.

‘Tilney and Smith & Williamson are already highly successful standalone groups, both of which are trading well and have excellent growth prospects.’

The merged business, to be named Tilney Smith & Williamson, would have over £45bn of assets under management and retain the accounting division, handling tax, audit, accounting and business advisory services.

Under the terms of the original deal Kevin Stopps and David Cobb, joint CEOs of Smith & Williamson were to join the board of the enlarged group upon completion.

Smith & Williamson revenues up 10% ahead of Tilney merger