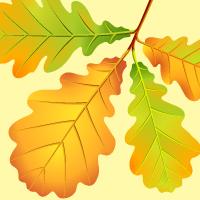 Under the legislation to be introduced in Finance Bill 2016, a promoter may be made subject to the reporting requirements and obligations of the POTAS regime if their schemes are regularly defeated by HMRC.

This measure makes changes to the Promoters of Tax Avoidance Schemes (POTAS) legislation in Part 5 of the Finance Act 2014 (FA2014). In particular it introduces a new threshold condition, which, if met, identifies a person as a promoter of tax avoidance schemes to which the provisions in Part 5 can be applied.

This measure will come into effect at Royal Assent of Finance Bill 2016.

Following consultation over the summer, some changes were made to the initial proposals although the main premise to counter abusive tax promoters means that the rules are fairly stringent.

The government’s response to the consultation states: ‘The government wants the new threshold condition to have a swift effect on promoter behaviour, and does not consider it appropriate to give promoters an extended period in which to continue to promote schemes destined for defeat.

‘The intention of this threshold condition is to change the future behaviour of the promoter as quickly as possible.’

Taking respondents’ views into account on the threshold condition, the government has decided to increase the trigger for the proportion of cases that are settled by agreement, which can be used to count a scheme as defeated, to 75% of users.

The government’s response to feedback from the consultation states that ‘this figure gives a reasonable base to conclude that the scheme has not provided the asserted tax advantage’.

At the same time, the number of defeats has been set at three at which time the penalties kick in, which the government says ‘is sufficient to provide evidence of an established pattern of behaviour’.

The rules will cover a period of three years back and five years forward (a maximum of eight years).

POTAS was first introduced in 2014 to change the behaviour of persistent abusers, capturing those promoters of tax avoidance schemes which frequently fell foul of the current tax code.

The summary of responses to the consultation,  Strengthening Sanctions for Tax Avoidance, is available here

What you need to know: Finance Bill 2016

To find out more about changes announced in the Autumn Statement 2015 and Finance Bill 2016 draft proposals, click here