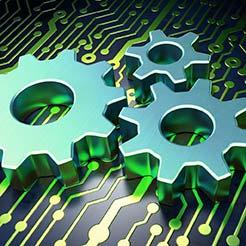 The Financial Accounting Standards Board (FASB) is consulting on changes to the US leases standard in a bid to reduce costs and ease implementation, in response to stakeholder concerns

It has released a proposed accounting standards update (ASU) containing improvements designed to simplify transition requirements and, for lessors, provide a practical expedient for the separation of non-lease components from lease components.

The standard setter said stakeholders had raised concerns about two requirements in the new lease standard. One is around comparative reporting for initial adoption, while the second concerns separating lease and non-lease components in a contract and allocating the consideration in the contract.

This means that lessees must recognise lease assets and liabilities on the balance sheet for all leases, and must provide the new and enhanced disclosures, for each period presented (including comparative periods).

As entities have started to implement the new lease requirements, FASB says many preparers have cited their plan to implement new systems and are observing some unanticipated costs and complexities associated with the modified retrospective transition method, particularly the comparative period reporting requirements.

In response, the board has decided to allow another transition method, by adding an option that would permit an organisation to apply the transition provisions of the new standard at its adoption date, instead of at the earliest comparative period presented in its financial statements. This additional transition method would change when an entity would be required to initially apply the transition requirements of the new lease standard; it would not change how those requirements apply.

The consideration in the contract is allocated to the lease and non-lease components on a relative standalone price basis (for lessees) or in accordance with the allocation guidance in the new revenue standard (for lessors). The new lease guidance also provides lessees with a practical expedient, by class of underlying assets, to not separate non-lease components from the related lease components.

If a lessee makes that accounting policy election, it is required to account for the non-lease components together with the related lease component as a single lease component and to provide certain disclosures. Lessors are not afforded a similar practical expedient.

The amendments in the ASU proposals would address stakeholders’ concerns about the requirement for lessors to separate components of a contract by providing lessors with a practical expedient, by class of underlying assets, to not separate non-lease components from the related lease components, similar to that provided for lessees.

However, the lessor practical expedient would be limited to circumstances where both the timing and pattern of revenue recognition are the same for the non-lease component(s) and related lease component, and where the combined single lease component would be classified as an operating lease.

FASB chairman Russell Golden said: ‘The proposed ASU is aimed at reducing unnecessary costs around implementation of the new leases standard without compromising the ultimate quality of information provided to investors.

‘It’s part of our ongoing effort to proactively address implementation issues raised by our stakeholders to ensure a successful transition to the new standard.’

The deadline for comments on the ASU is 5 February.