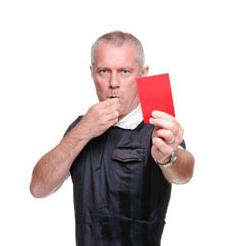 An IT consultant from Sussex who lied about his earnings to avoid paying tax of more than £170,000 has been jailed after an HMRC investigation found he had failed to declare his earnings

Hamauon Khan, also known as Billy Khan and Billy Love, claimed he was unemployed for at least six years in an attempt to avoid paying tax and National Insurance contributions. The investigation revealed that he had actually been working as a self-employed IT consultant since 2004.

Lewes Crown Court heard that instead of paying his tax and child support, Khan spent the money to fund his lifestyle and purchased two properties – including his current home. He pleaded guilty to the offences and was jailed for four years; two years for the tax fraud and two years for the child support offences.

Sentencing Khan, Her Honour Judge Laing QC, said: ‘For a period of nine years through sheer greed you failed to pay tax. Cheating the Revenue is a very serious offence. There has been sheer greed for a substantial period and you have used the money for your own benefit for a lavish lifestyle and foreign holidays.’

HMRC said confiscation will be sought to recover the proceeds of the crimes.