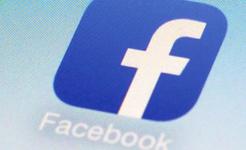 Facebook’s French subsidiary has agreed to pay €106m (£95.7m) in back taxes following a ten-year audit of its accounts by the French tax authorities

The payment includes a tax adjustment relating to profits between 2009 and 2018, and a €22m penalty for the failure to settle sooner, according to reports in the French financial press.

In a statement, Facebook said: ‘We pay the taxes we owe in every market we operate.

‘We take our tax obligations seriously and work closely with tax authorities around the world to ensure compliance with all applicable tax laws and to resolve any disputes, as we have done with the French tax authorities.’

Facebook said that in 2018, it had changed its sales structure so that ‘income from advertisers supported by our teams in France is registered in this country.’ As a result, its declared sales have risen from €56m in 2017 to €747m last year.

The French tax investigation is widely viewed as part of an ongoing attempt by the French authorities to crack down on what are seen as attempts by US tech giants to minimise tax payments by registering profits on local sales to a holding company in a different jurisdiction.

Google agreed in an out-of-court settlement last year to pay €965m, comprising a penalty of €500m over charges of tax evasion, plus an additional €465m to settle claims with French tax authorities relating to how it booked digital sales. The same year Apple agreed to pay about €500m, while Amazon made a €200m payment in 2018.

France has introduced a digital services tax (DST), which applied from the beginning of 2019 and imposes a 3% tax on annual revenues generated by some companies that provide certain digital services to, or aimed at, French users.

The tax applies only to companies with annual revenues from the covered services of at least €750m globally and €25m in France.

The US government has made clear its opposition to the move, claiming it discriminates against US multinationals, and has threatened to introduce retaliatory tariffs on French goods, although the two companies reached a compromise on the issue earlier this year.

France has said its DST will be reviewed once the OECD introduces changes under its base erosion and profit shifting (BEPS) project intended to address inconsistencies in taxation of the digital economy.