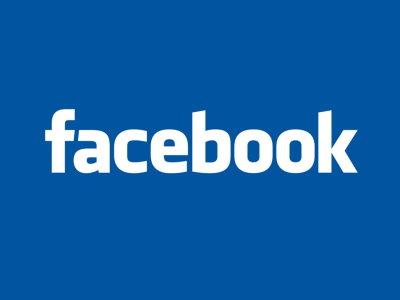 Social media giant Facebook could have to pay up to $5bn (£4.1bn) in additional taxes as a result of an Internal Revenue Service (IRS) investigation challenging the way in which it accounted for the transfer of assets to its Irish subsidiary, and describing the approach taken by auditors EY to valuing those assets as ‘problematic’

The tech company first revealed the issue in a quarterly filing to the Securities and Exchange Commission (SEC) which stated it is under examination by the IRS for its 2008 through 2013 tax years. In July, the IRS issued a deficiency notice relating to transfer pricing with Facebook’s foreign subsidiaries in conjunction with the examination of the 2010 tax year.

The SEC filing states: ‘While the notice applies only to the 2010 tax year, the IRS states that it will also apply its position for tax years subsequent to 2010, which, if the IRS prevails in its position, could result in an additional federal tax liability of an estimated aggregate amount of approximately $3bn - $5bn, plus interest and any penalties asserted.’

Facebook has said it does not agree with the IRS and has launched a legal challenge in the tax court to the notice. If the IRS claim is successful, it ‘could have a material adverse impact on our financial position’, the company stated.

As part of its investigation, the IRS brought a separate legal action against Facebook, claiming the company had failed to hand over accounting information, data and papers requested as part of the investigation and had ignored seven previous summonses.

This filing states that the 2010 examination relates to royalty income from the transfer of intangible property to Facebook’s Irish subsidiary, Facebook Ireland Holdings Ltd. These assets comprised the user base, online platform and marketing rights, which were separately assessed and assigned a value of $5.8bn by Facebook’s auditors EY, whereas the IRS says its estimate is closer to $13.9bn.  The filing states that the IRS believes the EY approach to valuing Facebook’s transferred intangibles on a standalone basis was ‘problematic’. It goes on to state that ‘the EY valuations of the transferred intangibles were understated by billions of dollars’.

Facebook has now also taken action against the IRS’s attempt to enforce the seven summonses, which it describes as ‘extraordinarily broad’. It claims the IRS is seeking ‘hundreds of thousands of documents about virtually every aspect of its core business, and maintains it has already provided thousands of pages of material in response to more than 200 IRS requests. The disputed paperwork was requested ‘at the eleventh hour’ of the audit which made production impossible, Facebook said.

The legal challenge, which was filed this week and is due to be heard in November, concludes: ’Facebook has cooperated throughout the IRS audit and intends to comply with the 11th hour barrage of summonses, even though they are overbroad and ultimately unnecessary in light of the statutory notice of deficiency that the IRS issued and the parallel proceedings in the tax court.’

Evidence submitted by Baker McKenzie, Facebook’s lawyers, suggests the company needs to review more than one million documents for responsiveness and privilege, and says the collection and review of the remaining documents will require until approximately January 2017 to complete. It is therefore seeking an agreement with the IRS about changes to the schedule for managing the case.

The IRS legal claim relating to the original summonses is here.

Facebook’s claim relating to the IRS summonses is here.

US tax amnesties: fact or fiction?

FATCA: tax compliance for US citizens based overseas