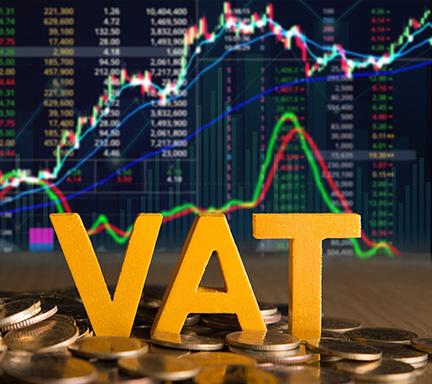 HMRC has issued a brief on VAT and digital advertising by charities, which confirms VAT is no longer considered due on the majority of internet search browsing advertisements

The clarification follows a three-year campaign by the Charity Tax Group (CTG), which argued that the previous approach meant costs were generally being passed on to charities, amounting to millions of pounds of irrecoverable VAT.

Zero rate VAT applies for advertising services supplied by a third party to a charity when the services are designed for the general public.

However, advertising services are excluded from the zero rate if a member of the public has been selected by or on behalf of the charity to receive the advertising. In these circumstances ‘selected’ includes any method of contact, including electronic communications.

Previously, HMRC ruled that most digital advertising should be subject to VAT, and had raised assessments to recover VAT from some advertising agencies, which then passed the cost to the charity.

CTG received a letter from HMRC in July, confirming that VAT was no longer considered due on internet search browsing advertisements, except where they appear on personal social media accounts.

HMRC has now published a brief which says it has reviewed a range of digital advertising situations, and has accepted that some, though not all, of the situations raised by CTG are eligible for the zero rate.

Those that are zero rated include audience targeting by using  demographic, behavioural and other third-party data;  behavioural targeting, such as using cookies to identify particular areas of interest; channel and content targeting; choosing particular times of day to advertise, or particular types of device; placing an advertisement on a website without any decisions involving recipients; pay-per-click adverts; and using cookies to track users and find them again when they browse the internet.

In a change from the original letter to CTG, location targeting, which is similar to behavioural targeting, is also listed as zero-rated.

HMRC explains this is when individuals opt in to provide location data, and this information is collected and combined into large datasets to target audiences who have visited particular areas. Advertisements relating to that data are then displayed as they browse elsewhere. No personal data or survey results are collected.

CTG said it welcomed HMRC’s change of heart on this aspect, arguing it makes the application of the policy a great deal simpler, with the only boundary line as between sites where there are personal accounts and ones without.

HMRC’s brief states that advertisements sent to email addresses that are targeted at the individual recipient are excluded from zero rating, as are ‘natural hits’ generated by the listing of a charity in the results of a search engine.

HMRC says that this happens automatically regardless of any action taken by or on behalf of the charity and just highlights text from the charity’s own website. Such results are not considered advertisements for VAT relief.

Social media/subscription website accounts are also standard-rated. CTG had argued that they should be zero-rated.

HMRC’s brief states that generally, as long as the advertisement being published qualifies for the zero rate, the copyright, design and production services will also qualify.

However, services supplied by copywriters and designers for the purpose of search engine optimisation, structuring a website so that it contains as many keywords as possible, do not qualify for the zero rate. These services involve the optimisation of a charity’s own website and are specifically excluded from the relief.

Richard Bray, CTG vice chairman, said: ‘We are delighted that after further positive discussions we have had with HMRC, their view of the VAT status of digital advertising provided to charities has been clarified even further. ‘Not only have they accepted a wider ambit for the zero rate, but the classifications of services, based on their policy, will be much easier to apply than appeared the case before the brief was issued.

‘It is great news for charities.’

Businesses that have accounted for and paid VAT on supplies of charity advertisements that are now considered to be zero rated can submit claims for overpaid tax.

All claims will be subject to the four year time limit in section 80(4) of the Value Added Tax Act 1994. They can also be considered for unjust enrichment.