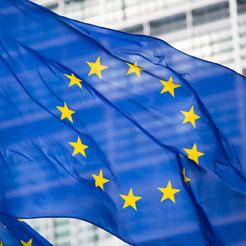 Gaps in the exchange of tax data in the EU may encourage tax avoidance and evasion, according to a report from the European Court of Auditors (ECA)

The research suggests there is still insufficient sharing of tax information between EU member states to ensure fair and effective taxation throughout the single market, partly because of the EU’s legislative framework, but also as a result of problems in implementation and monitoring.

In particular, the auditors frequently found that the information exchanged is of limited quality or underused.

The report said the ever growing number of cross-border transactions makes it difficult for member states to assess taxes due properly, and encourages tax avoidance and evasion.

Revenues lost to corporate tax avoidance alone are estimated at between €50bn (£44bn) and €70bn (£62bn) annually in the EU, and this could be as high as €190bn(£18bn) if special tax arrangements and tax collection inefficiencies are included.

Ildikó Gáll-Pelcz, the member of the ECA responsible for the report, said: ‘Initiatives in recent years have given administrations unparalleled access to tax data.

‘Yet, the information exchanged still needs to be used much more for the system to reach its full potential.’

Among the gaps in the legislative framework the European Commission has established for the exchange of tax information, the report highlighted cryptocurrencies and other forms of income that are not subject to mandatory reporting, thus remaining largely untaxed.

The ECA said the Commission had also done little to address the issue of poor data quality and does not assess how effective and deterrent the sanctions for non-compliance are. It recommended providing more guidance to help member states, especially in the field of data analysis and use.

The report pointed out there is no EU framework for monitoring the system’s achievements, and no uniform set of performance indicators throughout the EU to measure the effectiveness of the tax information exchanged between member states.

The auditors said the fact that data is not always accurate, complete and shared on time was an issue, while the information exchanged is generally under-used, leading to a taxation shortfall.

Despite this, the auditors found that exchanges on request as well as spontaneous exchanges work effectively. Similarly, simultaneous controls by two or more member states on taxpayers of common or complementary interest to them have proved to be an effective tool for assessing the taxation of cross-border transactions.

The audit was carried out in five member states: Cyprus, Italy, the Netherlands, Poland and Spain.