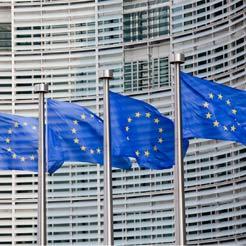 This follows concerns about the level of oversight and governance demonstrated by EU member states, with some countries failing to enforce the rules effectively, which could have financial stability implications for specific banks, the Commission warned.

The Commission will amend the fifth Anti-Money Laundering Directive to give the European Banking Authority (EBA) more powers to reinforce the anti-money laundering supervision of the financial sector.

It will also require different supervisory bodies across member states to cooperate and exchange information, so that anti-money laundering rules are enforced effectively across EU countries.

The EBA will also be given the powers to instigate investigations into alleged breaches of the rules.

‘Europe has the strongest anti-money laundering rules in the world. But recent cases in the banking sector showed that they are not always supervised and enforced with the same high standards everywhere across the EU. Our system is as strong as our weakest link,’ said Commissioner for justice, gender equality and consumers, Vĕra Jourová.

‘In times where money moves across borders at the click of a mouse, we must ensure supervision that is pro-active and fast. The changes will make sure the rules are evenly enforced throughout the EU.’

The amended Regulation will:

The Commission has also asked the European Central Bank to agree a multilateral memorandum of understanding on exchange of information with anti-money laundering supervisors by 10 January 2019.

The amendments have to be debated in the European Parliament and Council before being ratified.

FCA to tighten up rules on pension transfers advice