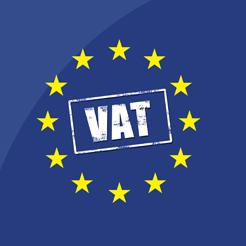 There are signs that the EU could be about to reconsider the VAT treatment of financial and insurance services, removing their exemption, partly because of recent changes to cost-sharing arrangements, and the challenges of taxing the digital economy

In a briefing paper, the EU’s group on the future of VAT points out that the current rules date back to 1977 and are believed to be complex and difficult to apply in practice, leading to increasing litigation before the European Court of Justice (CJEU), legal uncertainty, and high administrative and regulatory costs.

It also says the current rules are interpreted and applied inconsistently by member states and this has resulted in tax competition and distortion within the EU, a problem which is likely to get worse.

Attempts to make changes were last debated by the EU in 2011, when the discussions came to a standstill as member states could not agree on the way forward. The group says this was mainly due to the inability of member states to reach an agreement on several politically sensitive issues (notably, on the application of the VAT exemption for the management of investment funds and pension funds; and also transactions concerning commodity derivatives and outsourced services).

This was followed by European Commission proposals for a €56bn (£48bn) financial transactions tax in 2014, which was strongly opposed by several member states including the UK.

Following failure to gain unanimity on this, 11 states proceeded under the ‘enhanced co-operation’ protocol to push their own version. However, disagreements around the scope have now stalled this proposal.

Now the European Commission has committed to carrying out a study with regard to the costsharing exemption, but the group on the future of VAT argues that this should be broadened to include a review of  the functioning of the VAT rules for financial and insurance services with a special emphasis on their cross-border dimension.

The group says the study, which is scheduled to begin shortly and could conclude in a year’s time, should develop possible options for the review of the provisions in the VAT directive and prepare an analysis of impacts in respect of each one. Those options would, amongst other, look at ways in which financial and insurance services could be taxed. Such an assessment will help the next Commission decide whether EU action is needed and, if so, which is the best way forward.

‘Some member states may view Brexit as an opportunity to scrap the exemption – the UK was one of the main challengers to extending EU VAT to financial services in 2011 when it was last discussed.

‘If a post-Brexit UK does not follow the EU lead, it may offer lucrative tax opportunities to the City as it seeks to retain its global position.’