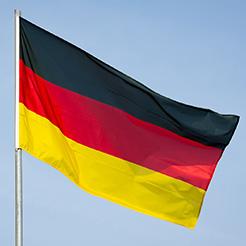 The European Securities and Markets Authority (ESMA) has announced a fast-track review of the  German financial reporting system, in response to Wirecard’s insolvency following the discovery of a €1.9bn (£1.7bn) hole in its accounts

ESMA is carrying out an assessment of the supervisory response by BaFin, which is the financial regulatory authority for Germany, and the Financial Reporting Enforcement Panel (FREP) to the events leading to the collapse of Wirecard.

The German fintech was the first company in Germany’s Dax 30 to file for insolvency since the listing was founded 32 years ago.

EY, the company’s auditor since 2007, refused to sign off its 2019 accounts, saying it was unable to obtain sufficient evidence to confirm €1.9bn of cash balances on trust accounts, which represented approximately a quarter of the consolidated balance sheet total. Wirecard was subsequently forced to admit the money may never have existed.

ESMA’s review of the German regulatory response is scheduled to be completed by 30 October, with the regulator saying Wirecard’s collapse has undermined investor trust in capital markets, and so finding out what happened is critical to restoring confidence in their operation.

The assessment will focus on the application of the Guidelines on the Enforcement of Financial Information (GLEFI) by BaFin and FREP, as the designated competent authorities for the supervision and enforcement of financial information in Germany under the EU’s Transparency Directive (TD).

As part of its announcement of the review, which it said it will be conducting  ‘within a compressed timeframe’, ESMA released details of a confidential earlier peer review it carried out in 2017, which included onsite visits in seven member states.

This included BaFin and FREP and, while the country specific report highlighted positive aspects of the German enforcement model, it also identified areas for improvement.

These included the procedures in place in both FREP and BaFin; the selection and examination of issuers; independence and conflict of interests in FREP; and the cooperation between the two authorities.

ESMA said it had also invited BaFin and the European Commission, in the country-specific onsite report, to investigate whether the TD is correctly transposed by Germany, ‘given BaFin’s self-declared inability to comply with the GLEFI due to a lack of enforcement powers’.

The announcement of the latest assessment follows a European Commission letter, on 25 June, inviting ESMA to conduct a fact-finding analysis of the events leading up to the collapse of Wirecard.

The audit committee chairmen and the auditors