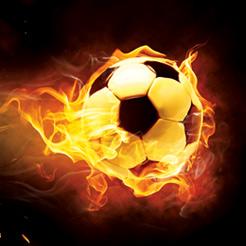 Half of England’s top professional football clubs have reported concerns about their financial health despite starting the 2019/20 season with the prospect of record revenues of more than £6bn, according to BDO report

In total, 45% of football club finance directors surveyed by BDO said their club’s finances were ‘in need of attention’, more than double the 21% reported in 2019 and nearly four times the 12% reported in 2018.

Meanwhile 5% said their finances were ‘a cause for grave concern’, broadly in line with the previous two years.

Player wages and transfer fee inflation, even prior to the pandemic, were causing around 70% of clubs to be loss-making. This is despite a rise in broadcast income, which now exceeds £3bn per year.

While a quarter of English Premier League (EPL) finance directors reported concerns about their club’s finances, nearly half of Football League Championship (FLC) sides and over two thirds of clubs in Football Leagues 1 and 2 (FL1 and FL2) said their finances were ‘in need of attention’ or worse.

Football League Clubs have been particularly hard hit by Covid-19 because they receive less in broadcasting income and are more reliant on match day revenues.

The survey showed that clubs have taken swift action to address the financial impact of Covid-19. In total, 81% of clubs said they had deferred employment taxes while two thirds deferred VAT payments.

All of the FL1 and FL2 clubs surveyed and 92% of FLC clubs said they had used the Coronavirus Job Retention Scheme, although this was significantly lower in the EPL at just 17%.

With many clubs reporting difficulties in sourcing primary debt, a growing number are turning to secondary funding. Leveraging of player transfer fee receivables is increasingly common with one third of clubs now taking advantage of this funding source, up from 21% in 2019.

Advances on central funding are also popular, used by 40% of clubs, including 54% of FLC sides.

Despite the financial challenges facing many clubs, interest from investors remains strong, with 43% of clubs saying they had been subject to an approach from potential suitors in the last 12 months, with nearly half of these clubs approached since lockdown started.

Over 25% of all approaches were from global institutional investors, with US private equity taking a particularly keen interest in the sport, often forming consortia with high net worth individuals, industry specialists and other sports franchises.

Ian Clayden, BDO’s National Head of Professional Sports said: ‘Many clubs were already struggling to balance the books, but Covid-19 has accelerated and exacerbated the problem.

‘However, while Covid-19 has exposed a number of pre-existing financial weaknesses in the football industry, centrally, football appears to have recognised the Covid-19 situation as a “burning platform” to drive change.

‘The EPL has made arrangements to preserve key revenue streams (though more will be needed to facilitate the transition back into stadia), and salary caps are being introduced across the EFL (albeit with the Football League Championship position still under consideration).

‘Although there may be a stark rise in Profitability & Sustainability breaches to come and the leagues will need to figure out how to navigate that particular minefield “fairly”.’

Clayden added: ‘While things are likely to get worse before they get better, there is now a real opportunity for English football to carefully reconsider governance structures and the distribution of wealth in the game.

‘This could lead to improvements in the way clubs are operated and financed and make them both more valuable and more sustainable in the long term, creating stronger investment cases along the way.’