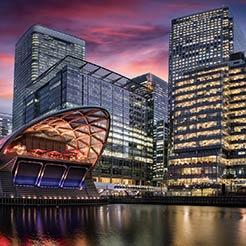 Sara White, editor of Accountancy Daily, takes a look back at a turbulent year for the tax, audit and accounting profession from the challenges of Brexit, the breakdown in trust in the audit market, calls for the breakup of the Big Four audit firms and the move towards mandatory digital reporting under Making Tax Digital for VAT

Another year over and it seems an opportune moment to take a quick review of 2018. Dare I say it we seem to be no further forward on Brexit with the latest May deal stalling before it even got to the parliamentary vote stage with the departure date fast approaching on 29 March. It seems like we were saying exactly the same thing 12 months ago.

For the many reasons that people voted for Brexit, albeit with the closest of margins in the referendum, it seems to be a club which is virtually impossible to leave; undoubtedly after 40 plus years of membership it feels that too much of our regulatory framework is so inextricably linked with the EU that our departure could never be easy. Hotel California comes to mind.

And are we even ready? Just a few days ago, news came to light that the gov.uk advisory policy papers on Brexit no deal scenarios were being amended to remove the word ‘unlikely’, reverting to ‘in the event of’ leaving the EU with no deal.

With all the Brexit furore, and I know we can hardly bear to hear the word now, it is not surprising that HMRC has been faced with enormous pressures. As it is the tax authority was always trying to overhaul the current customs process with the launch of the new Customs Declaration Service (CDS) although this has fallen behind schedule.

Now HMRC is looking to hire 3,000 extra staff to support the development of work on a post-Brexit customs environment. Where they will come from is another question? Still, the HMRC has laid off tens of thousands of staff in the last five years so guess there will be some potential to hire there.

Inevitably Brexit has had a knock-on effect elsewhere too with HMRC’s digitisation project beginning to stall. Already Making Tax Digital for VAT has been delayed by a year from the original launch date of April 2018. It will go ahead for the VAT reporting element from 1 April 2019, absolutely at crunch time for the country as Brexit departure date will just have passed, assuming Article 50 is not extended.

While Making Tax Digital for VAT goes ahead from April, the first real filing dates under the new regime will not kick in until around July. At the same time many groups have been excluded from mandatory VAT reporting initially as their VAT processes are ‘too complex’ for the HMRC IT system to handle. The tax authority has said the delay will only be for six months but there should have been a Brexit caveat.

The hugely ambitious Making Tax Digital project for income tax and corporation tax has definitely been shunted into the long grass, although we have known this for some time. As early as Budget 2017 Accountancy was asking that very question of the Treasury. Now they have confirmed that the non-VAT reporting element will not be mandatory before at least 2021.

While Brexit and Making Tax Digital seem to have dominated this year, there has actually been another major concern for business, shareholders and auditors in the last year with the appalling collapse of giant public sector outsourcer Carillion, earlier demise of BHS and a raft of multimillion pound fines for the leading five audit firms in the UK.

The Clarke review at the end of 2017 called for fines of up to £10m for significant audit failures, levied on the firms themselves.

For the Big Four this seemed to make little dent in their coffers. For the mid-tier player, Grant Thornton, the pain was felt more acutely, and this year saw the firm pull out of tendering for FTSE 350 audits altogether until there were radical changes to the audit market.

Anyone calling for change in the audit market has been barraged by reform proposals, as yet none mandatory.

The Competition and Markets Authority (CMA) announced a preliminary probe into the listed audit market and over dominance of the Big Four in PIE audits in September; December saw the publication of their initial findings and a call for comment.

Proposals included calls for the separation of firms with their audit businesses stripped out, particularly to remove conflicts between consultancy and advisory; joint audits as per the French system where this is standard practice; more oversight of audit committees at listed entities; all in a bid to improve the competitive audit landscape.

Whether this will actually shift the dial is another matter. One thing the CMA did not call for was a break-up of the Big Four auditors, which a recent Labour party review of audit proposed.

The same day as the CMA report was released, the government published the Kingman review into the future of the audit regulator, the Financial Reporting Council (FRC), and that was equally damning of the lack of oversight and basically called for the total overhaul, if not abolition of the body.

It will be replaced by a regulatory authority with statutory powers - Auditing, Reporting and Governance Authority (ARGA) - although even here questions about timings were brushed off due to the unmentionable Brexit parliamentary focus. Surprising anything is getting done in parliament.

As if this was not enough for the audit market, the Department for Business finally found a chair for the project Flora, which was first discussed back in March of 2018.

It seemed that it was a bit of a poisoned chalice and finding a chairman proved very difficult. Anyhow we now have the Brydon review – it will consider whether audit is fit for purpose in a world of multinational, cross-border transactional and digital business.

Talking to a standard setter recently it seems that the current audit setting standard is so slow and tortured that by the time a new standard is issued the whole financial landscape has changed. Still, you have to ask why all these endless reviews could not become a single focused exercise with clear objectives and a fixed timeframe.

Maybe the new year will see some progress towards achieving this. Much rests on Donald Brydon, outgoing chair of the London Stock Exchange Group.

While auditors were coming under immense scrutiny, financial reporting is also moving at a fairly glacial pace. IFRS 15 rules on revenue recognition came into force and did not create as many balance sheets concerns as initially expected.

2019 sees the implementation date for IFRS 16 Leases, which will bring leases on to the balance sheet for the first time and will have a significant impact on a number of sectors which are highly dependent on leased items, from airplanes and ships, to commercial buildings and utilities companies.

Closer to home, there are also changes to FRS 102 effective from 1 January 2019 with the fallout from the triennial review and any replacement for the FRC will have to start considering how UK accounting rules can take into account the new global standards on revenue recognition and leases.

2019 will be a monumental year for this country and for the wider profession. It has been a tough and busy year and ended with the decision to close Accountancy print magazine. While this has been hard for all the team, we are really looking forward to focusing all our efforts on bringing you a fantastic online experience at Accountancy Daily.

Thank you for all your support over the last 12 months and wishing you all a very Happy Christmas and New Year from the whole team at Accountancy.