Editor's comment: end of an era for Accountancy magazine 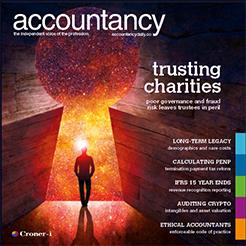 With less than four months to go until Making Tax Digital for VAT becomes mandatory for any VAT-registered business, the pressure is on HMRC to ensure that their IT systems are in place to deal with the complete overhaul of VAT reporting, while Accountancy magazine takes the decision to move exclusively online. Sara White, editor of Accountancy, looks at a rich legacy

With less than four months until Making Tax Digital for VAT is mandatory there is still an extraordinary lack of awareness across businesses affected by the fundamental change to VAT reporting.

Despite an initial one-year delay from 2018 to April 2019, HMRC has been slow to communicate with the wider business community affected by the changes.

Even as recently as November, an influential House of Lords committee called for a further delay, citing low levels of awareness and lack of free filing options. Whatever happens in the run-up to Brexit, it is unlikely the government will cave in and further delay its flagship Making Tax Digital programme.

It has taken six years to get to this stage and now HMRC needs to ramp up its communications campaign. So far only 200,000 letters have been sent out to the 1.2m affected busineses.

Over 80% of companies have not even been contacted. HMRC claims it is relying on digital dissemination of the message, leaving the onus on businesses. It is hardly surprising penalties will be waived for the first year.

Let’s hope the IT systems at the tax authority are up to the job.

The future of Accountancy magazine

Now for some news about Accountancy – in response to changes in the requirements of our customers and as part of our ongoing commitment to invest in and improve our online services, we will no longer be producing the print edition of Accountancy magazine from the December 2018 issue. All our current print subscribers will be given full premium access to our flagship news and insight service, Accountancy Daily, available at www.accountancydaily.co

I would like to thank you all so much for your support and excellent contributions to Accountancy magazine over the years. Although the move to online may feel daunting,

I want to stress that you will continue to receive innovative and informative content at Accountancy Daily written by our experienced team of regular authors and commentators.

Watch out for our exclusive Accountancy surveys, Top 75 Firms survey, FTSE 350 auditor surveys, practical Tax, Accounting and Audit technical articles, as well as favourites such as Called to Account, Finance Mole and essential Tax Data. There are also the added benefits of CPD modules, a personalised CPD tracker and extensive coverage of tax cases at First Tier Tribunal and Upper Tribunals, written by our team of in-house tax lawyers and qualified tax advisers.

Now for a spot of history.

Accountancy was first published as the Incorporated Accountants’ Journal on 24 June 1889 and was described as the ‘official organ of the Society of Accountants and Auditors’. 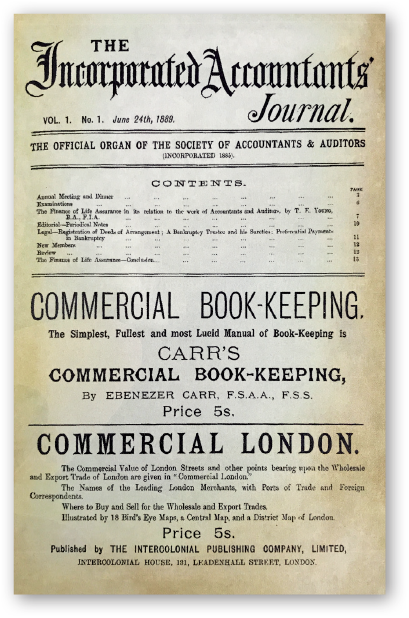 In the first issue, the lead article was ‘The Finance of Life Assurance in its relation to the work of Accountants and Auditors’, by T F Young BA, FIA, with technical articles on ‘registration of deeds of arrangement, a bankruptcy trustee and his sureties, and preferential payments’.

There were advertisements on the front cover for books priced at five shillings, equivalent to £20 today. One was for Commercial Book-Keeping, subtitled ‘the simplest, fullest and most lucid manual’, the second on Commercial London, detailing the names of leading London merchants. Even through the war years occasional copies of Accountancy were published.

Now the biggest development in the tax world is the move to digital reporting; much has changed in the last 120 plus years but the basic principles still remain. 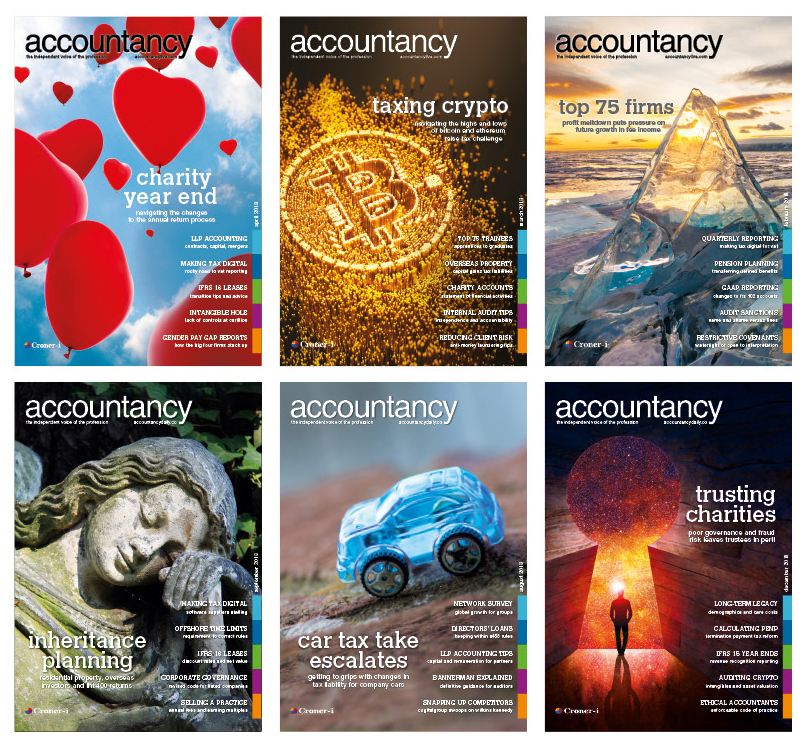 Andersen - the end of an era

Chris Swinson - An era to be celebrated