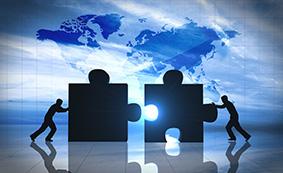 Accountancy firm Dow Schofield Watts has made a seven-figure investment in Camlee Group, a Manchester-based corporate finance boutique which provides business sales advice to SMEs, in bid to grow the business nationally

Camlee will continue its activities under its existing brand, while co-operating closely with Dow Schofield Watts, which focuses on mid-market M&A deals.

The move will give Camlee’s clients access to the wider range of services at Dow Schofield Watts, and allow the two businesses to work in partnership to expand their presence nationally.

Dow Schofield Watts, which is a new entry into the Accountancy Daily Top 75 Firms this year, ranked at number 69, has a team of over 70 professionals based in offices in the North West, Leeds, London and Aberdeen, offering ‘everything but audit’.

It also operates its own international corporate finance network covering 20 countries, a dedicated tech team and an angel network. The firm reported fee income of £9m last year, and has 32 partners.

Camlee employs 20 staff in offices in Sale, near Manchester and Borehamwood, and advises businesses with a typical enterprise value of £2m to £30m. The firm was founded in 2012 by Cameron Varley and Lee Wojtkiw, who will both remain with the business.

James Dow, founding partner of Dow Schofield Watts, said: ‘We are delighted to find a partner who could bring a different approach but one that is consistent with our values. The partnership will enhance Camlee’s capabilities to support its clients and speed up our own national roll-out. We expect it to yield significant benefits to both businesses.’