The OECD released its well-trailed seven papers on 16 September, meeting the timetable for the 2014 Actions, as part of the Base Erosion and Profit Shifting (BEPS) project, indicating that their plans are on track - companies need to be deft in rethinking their tax strategy, advises Bill Dodwell, head of Deloitte's tax policy group

The papers go to the G20 Finance Ministers for their Cairns meeting on 20-21 September. The proposals set out in the papers have been agreed by the OECD and officials representing participating countries but remain in draft, as it’s become clear that there is too great a linkage between the 2014 and 2015 Actions.

The most significant paper covers transfer pricing documentation and, in particular, the introduction of country-by-country reporting to tax authorities.  There’s no announcement on when this is likely to start – and the mechanism for supplying data to tax authorities hasn’t yet been agreed – but we do know what will need to be provided.

Fortunately the original dataset has been reduced. Sales, profit, tax paid and accrued, share capital and retained earnings, tangible assets and employee numbers will need to be provided – by country.  Additionally a list of all companies with a code highlighting the main activity is needed.

This information will be provided only to tax authorities and the OECD emphasises the need for confidentiality. It also notes that it can only help with risk assessment and will not give an accurate picture to make any transfer pricing adjustments.  Nonetheless, companies will remain concerned at the resources they will need to devote to transfer pricing and the potential implications.

The other big topic concerns hybrid mismatches – transactions where through the different way that countries view instruments or entities – a deduction is achieved without equivalent income recognition, or two deductions are available for the same expense. The new approach will be a mandatory rule where the deduction is disallowed, unless the income is taxed, or one of the two deductions is disallowed.

The OECD will develop a detailed commentary by September 2015 which will then allow countries to produce domestic legislation. There are also some open issues which will be consulted on over the next few months – including the treatment of regulatory debt; market repos and more complicated structures.  This is likely to mean that Finance Act 2016 is the earliest start date for new rules, provided sufficient countries agree to implement the recommendations.

The UK has indicated its support for the measures – but on the basis that others join in.

We’ll see important discussion drafts in November and December, which will cover changes to profit allocation under transfer pricing rules and lowering the threshold for taxable presence (permanent establishment).  These could bring even bigger implications for companies; having a plan for the new approach is essential. 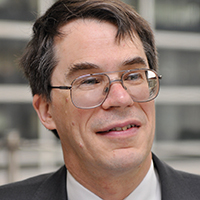 Bill Dodwell is tax director at the Office of Tax...

Budgeting - A marriage made in heaven