The taxman's latest proposals to criminalise careless behaviour by taxpayers means that decisions on who receives a criminal conviction will be made by HMRC – and not by the courts, says Bill Dodwell 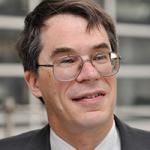 One of the biggest issues in taxation in recent years has been the realisation that billions of pounds of tax revenue have been lost to tax evasion, facilitated by individuals holding funds outside their country of residence. Tax systems rely on a combination of withholding taxes and reporting by business (principally banks and employers), and taxpayer honesty. One big hole in the system, though, has been that overseas financial institutions did not provide information outside their home jurisdiction. That, combined with banking secrecy, meant that those minded to evade their legal obligations could invest offshore, without information being passed to HMRC.

In 2007, HMRC launched its first offshore disclosure initiative. This followed formal information notices to five major banks once HMRC realised that much of the computerised information about offshore accounts was processed in the UK. Armed with lots of data, HMRC concluded it was best to offer taxpayers the chance to volunteer the outstanding tax and interest, in return for a low penalty.

In 2009, Liechtenstein agreed to require that its banks provide HMRC with information, in return for a no prosecution agreement, low penalties and access to favourable tax rates. The US was at the same time making progress with Switzerland, following disclosure of criminal behaviour by a whistleblower. The UK and Germany used the opportunity to seek agreements with Switzerland for the disclosure of previously untaxed income and a withholding tax. However, the Swiss agreement allowed tax evaders to retain anonymity.

Decisions on who receives a criminal conviction will be made by HMRC – and not by the courts. It will be possible that individuals who did not intend to evade tax receive a conviction.

HMRC’s main strategy has been – and remains – to encourage voluntary disclosure. It’s a much easier route than criminal investigation and prosecution. However, HMRC and the government have just announced that HMRC will consult on a new strict liability criminal offence of failing to declare taxable offshore income. Strict liability – which means that the prosecution does not need to prove dishonest intent – has been used for minor or regulatory offences such as speeding. HMRC says that ‘our published criminal investigation policy will still apply, meaning criminal investigation will be pursued where there is a need to send a strong deterrent message or where the conduct is so serious that only a criminal sanction is appropriate’.

This proposal is disturbing. It means that decisions on who receives a criminal conviction will be made by HMRC – and not by the courts.

It will be possible that individuals who did not intend to evade tax receive a conviction. This could have issues for their employment, as well as regulators, lenders and credit reference agencies, and professional bodies. People who have been careless should not be convicted of an offence implying dishonesty. Perversely, could this then mean that convictions are viewed as much more minor in future, once it’s recognised that dishonest intent has no longer been proven?

It would be best for HMRC to think again.