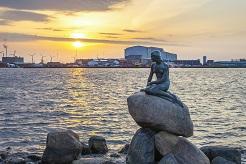 This is the first time EU states have have really stood up to the massive transborder operations of the likes to Amazon, Google, Starbucks and so forth.

With several months until a viable commercial vaccine is available, countries in lockdown and many borders closed, the Danish have decided to focus their financial aid packages on national registered businesses rather than the large transborder multinationals registered in tax havens, including Cayman Islands and Bermuda.

For years these companies have been grilled on their tax arrangements by MPs, while governments have introduced a range of unilateral measures to curb profit shifting, including the digital services tax, which came into effect from 1 April 2020, and the earlier diverted profits tax, which failed to produce sizeable tax returns.

Though intricate tax planning, these multinationals have stayed within the law, apart from some instances where companies were fined and held to account over the use of Luxembourg as a depository, effectively creating letter box offices to establish the jurisdictional requirements. The EU has taken tough action on this abuse and most of the most flagrant examples of such abuse have been through the EU courts.

There are a number of popular ways to move the money around, whether through intellectual property (IP) transfers, for example by lodging brand identities and usage agreements in favourable tax jurisdictions and then recharging subsidiaries, or channelling sales orders through offshore hubs. These are often not tax havens, but jurisdictions with low corporation tax, for example Ireland which has an ongoing tax dispute with Apple over unpaid tax following an EU ruling.

The move comes as countries pump trillions of pounds into supporting their economic infrastructure, protecting their populations from the deadly covid-19 strain of the coronavirus.

Denmark has put in place a series of support initiatives for both SMEs and larger companies which together are estimated to amount to around DDK 400bn (£47bn).

Under the scheme, private companies registered in the Danish Central Business Register (CVR), which have a proven decline in revenues of more than 40 % because of the coronavirus outbreak in the period from 9 March to 9 June 2020, will be entitled to compensation for the damages suffered. In particular, they will be compensated in part or in full for the fixed costs that they continue to bear.

The Danish authorities have said they will offer several levels of compensation according to the level of the turnover decline. The maximum aid amount per company is DKK 60m.

However, in a recent amendment to the aid measures, companies registered in tax haven countries will no longer be eligible for aid.

Additionally, firms applying for an extension of Danish state aid must now promise not to pay dividends or make share buy-backs in 2020 and 2021.

A statement from Denmark’s finance ministry said: ‘Companies seeking compensation after the extension of the schemes must pay the tax to which they are liable under international agreements and national rules.

‘Companies based on tax havens in accordance with EU guidelines cannot receive compensation, insofar as it is possible to cut them off.’

Denmark has indicated it will be blocking help for organisations which channel profits via the 12 companies included in the EU list of non-cooperative jurisdictions for tax purposes. As of February this year, these are American Samoa, Cayman Islands, Fiji, Guam, Oman, Palau, Panama, Samoa, Trinidad and Tobago, US Virgin Islands, Vanuatu, and Seychelles.

This list was first created in 2017 and the most recent additions are Cayman Islands, Palau, Panama, and Seychelles.

Poland stands up to MNCs

The Polish government, which has developed a 212bn zloty (£40bn) package dubbed the ‘anti crisis shield’ offering support for companies and workers, has also said it will only make funding available to companies that pay tax in the country.

Commenting on the two countries’ decision, campaigning group the Tax Justice Network said: ‘Denmark and Poland are right to exclude corporations registered in tax havens from getting bailouts – economies cannot be rebuilt on top of a tax haven trapdoor.

‘But to tackle corporate tax abuse at its root instead of symptoms, governments must shift to a unitary tax approach.’

Covid-19 grants must be included on tax returns

Covid grants must be reported on company tax returns