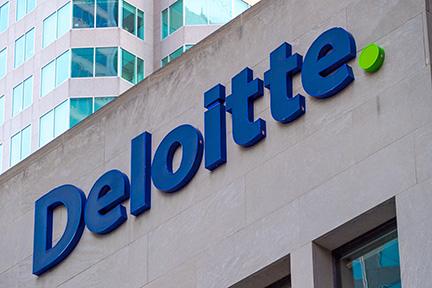 Deloitte is to set up an independent audit governance structure, becoming the first of the Big Four to respond to demands from the Financial Reporting Council (FRC) for an operational separation of audit from the rest of the firm’s business

Effective from 1 January 2021, Deloitte will establish an independent audit governance board (AGB), with responsibility for providing independent oversight of the UK audit practice.

Deloitte said the AGB will have a focus on the policies and procedures for improving audit quality  and on ensuring the FRC’s ‘objectives of, and desired outcomes for, operational separation are met’.

The firm said the AGB ‘will also have oversight over the policies and processes for ensuring that audit partner remuneration reflects their contribution to audit quality appropriately’.

Baroness Ford, chair of STV and NewRiver Reit, will be appointed as independent non-executive chair of the AGB when it is established.

The board will have a majority of independent non-executive directors, including Jim Coyle, who has held senior finance positions with Lloyds Banking Group and BP; Almira Delibegovic-Broome, a senior member of the Bar in Scotland;  and Shirley Garrood, former CFO of Henderson Group.

Richard Houston, senior partner and chief executive of Deloitte UK, said: ‘We recognise the need to be more transparent about our audit business and demonstrate that audit quality remains our number one priority.

‘Our governance changes are an important part of this, and we welcome the diverse and extensive experience and independent rigour these high calibre individuals will bring to the AGB and our audit business.

‘The AGB is central to Deloitte’s new governance framework and a key step in the operational separation of our audit business from our wider firm.

‘We continue liaising with the FRC on the best ways to implement further changes to our governance and reporting structures.’

Alongside the establishment of the AGB and the independent non-executive appointments, Deloitte has also announced that Stephen Griggs will become managing partner for Deloitte UK.

Houston said Griggs will be responsible for business performance, operations and public policy for Deloitte UK and will lead on overseeing operational separation as part of audit market reforms. Stephen Griggs, who is currently deputy CEO and managing partner for audit & assurance and public policy at Deloitte UK, said: ‘We’ve been consistent in our support for audit reform, and remain committed to playing our role in delivering change that embraces audit quality, improves choice and restores trust.

‘However, while governance changes to audit businesses are a key element of audit reform, they must also be considered alongside a wider package of change, including in areas such as corporate reporting, the role of directors, the evolution of the audit product and the regulatory environment in which we operate.

‘Sweeping reform is needed if we are to better meet society’s needs and expectations of the audit profession in the years ahead.’

Finally, Deloitte will also establish a new Colleague Advisory Forum, in line with the corporate governance code, to support engagement on governance. This will be made up of staff from a range of grades and parts of Deloitte, and is intended to provide a more diverse perspective to the AGB and the firm’s UK Oversight Board (UKOB), to help inform decision-making.

Deloitte’s UKOB will now sit alongside the AGB and oversee non-audit related and certain firm-wide matters for the UK practice of Deloitte.

The FRC announced earlier this summer that the Big Four were required to submit an implementation plan to the regulator for splitting out their audit practice from the rest of the firm’s activities by 23 October this year.