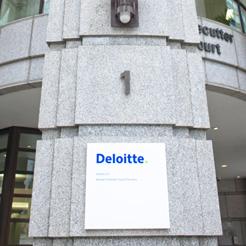 Deloitte is to pay over £1.8m in fines and costs following a five-year ICAEW investigation into the firm’s handling of the administration of electricals retailer Comet, which collapsed in 2012

Two of the three partners who were appointed as joint administrators have also been fined and reprimanded.

ICAEW’s investigation began in mid-2014 after an Insolvency Service review raised concerns that the three - Christopher Farrington, Nicholas Edwards and Neville Kahn - faced a conflict of interest due to previous work advising Comet, and also that they had failed to meet a legal requirement to consult staff on redundancies leading to a potential compensation package of up to £26m.

‘The admissions within this settlement conclude our long-running investigation into the conduct of the insolvency practitioners who accepted appointments to act as the administrators of Comet in 2012,’ ICAEW said.

According to the consent order, Deloitte failed to comply with the ICAEW code of ethics. The firm’s client take-on procedure (TOP) failed to highlight potential conflicts of interest to the independent review partners regarding the three partners who were lined up as joint administrators.

Of the three, Kahn has been severely reprimanded and must pay a fine of £50,000. ICAEW took him to task on five issues. They included failure to recognise a conflict of interest; removing details of an asset backed lending facility agreement between Comet and another company from the list of connected party transactions without sufficient consideration; and failing to investigate the circumstances of the acquisition of Comet by Hailey Acquisitions Ltd in sufficient depth.

Kahn was also censured for failing to take reasonable steps to investigate whether or not two individuals were acting as shadow directors of Comet in the period prior to the administration or to adequately consider whether there was evidence of unfit conduct in relation to proposed lending arrangements. ICAEW found he did not create sufficient written contemporaneous records demonstrating the steps that he took, and the conclusions he reached.

The consent order stated that Farrington was reprimanded and must pay a fine of £25,000 in relation to the same five issues. It makes no mention of any sanctions regarding Edwards’ conduct.

Duncan Wiggetts, executive director, professional standards at ICAEW, said: ‘Following the opening of this investigation, we conducted a thematic review of engagement acceptance procedures in the larger firms engaged in major insolvency appointments.

‘This led, in 2016, to Deloitte making changes to improve its processes on insolvency appointments, which, if followed, should significantly reduce the likelihood of a similar issue happening again in the future.

‘This case should send a strong message to insolvency practitioners and their firms of the importance of demonstrating the highest standards and putting in place appropriate and robust processes to ensure compliance with codes of conduct.

‘We will not hesitate to investigate and take robust action where we consider there is evidence of conduct falling short of that which is expected of our members and member firms.’

A Deloitte spokesperson said: 'We recognise and regret that our engagement take-on processes in relation to the appointment of our partners as administrators of Comet Group Ltd 2012 were below the professional standards expected of us, as were certain elements of our work during the administration.

'The shortcomings in processes were addressed in 2016. We are committed to complying with the ICAEW’s code of ethics in order to maintain the highest standard of professional conduct.'