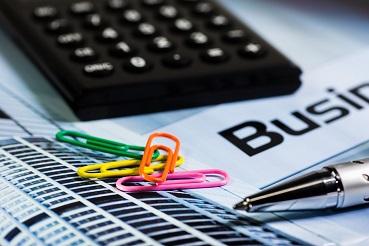 Two directors from the north west have been banned for 16 years after an accounting error led to a £6.6m shortfall in monies being held for insolvent estates, which resulted in the eventual collapse of the company

Darren Dean Varden and Philip Andrew Nuttall, were directors of Varden Nuttall Limited, a debt solutions provider based in Bury.

Nuttall was an insolvency practitioner, licenced by the ICAEW to act in relation to insolvent individuals and companies. Together with a small team at Varden Nuttall, he administered Individual Voluntary Arrangements (IVAs) – formal agreements between a debtor and their creditors to pay back money owed.

At its peak, the company handled over 3,000 IVAs but neither Nuttall nor Varden properly fulfilled their duties as directors, failing to adequately supervise the bank accounts that held the IVA funds.

In August 2015 a major accounting discrepancy was noticed and, following an internal investigation, an estimated £6.6m shortfall was identified.

Nuttall had to inform his regulatory body, the ICAEW, and, after an assessment of his conduct, the regulator took the decision to revoke Nuttall’s licence in 2016. His licence to act as an Insolvency Practitioner was withdrawn by the ICAEW with effect from 1 April 2016.

The company entered administration shortly afterwards. After realising the scale of the financial shortfall, the appointed administrators filed civil action against the two directors in May 2017.

Varden accepted personal liability for the shortfall and entered an IVA rather than declaring bankruptcy.

Nuttall, however, disputed the allegations and the matter went to trial in May 2018. As a result of the court proceedings at the High Court (Varden Nuttall Ltd V Nuttall & Or [2018] EWHC 3868 (Ch)), he was made personally liable for the shortfall, too, found by the court to be £7.6m.

Varden Nuttall’s administrators had also filed a report on the directors’ conduct to the Insolvency Service, which triggered an investigation in September 2016.

Upon closer scrutiny, investigators uncovered further misconduct by the pair.

Varden Nuttall was one of several companies owned by Release Money Group (RMG) Limited, an umbrella company of which both men were also directors. Despite knowing there was a potential shortfall at Varden Nuttall and that, due to a cross-guarantee held by the bank, group assets could be required to settle it, from October 2015 Nuttall and Varden acted to remove assets from RMG.

They recycled monies around other management companies through an elaborate trust scheme to wipe out two director’s loans with a combined value of more than £1.6m that they had taken out through RMG.

Phillip Nuttall has been banned for acting as a director for nine years and Darren Varden, for seven years. The pair are disqualified from being involved, directly or indirectly, in the formation, promotion, or management of a company without leave from the court.

Anthea Simpson, chief investigator for the Insolvency Service, said: ‘Philip Nuttall and Darren Varden abused the trust of their clients, people suffering with debt problems, by failing to adequately oversee the company’s financial transactions. That alone would have justified their disqualifications in this case but they compounded the issue when they used a convoluted trust scheme to repay loans that would otherwise have been assets in the administration.

‘This conduct has resulted in Philip Nuttall and Darren Varden being prevented from acting as directors again for lengthy periods of time.