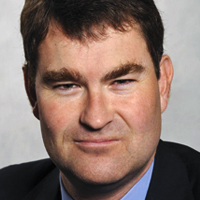 David Gauke, MP for Southwest Hertfordshire, is Exchequer secretary to the Treasury and was appointed in 2010. At the Treasury he is responsible for most areas of tax policy and ministerial oversight of HMRC. From 1999 to 2005, he was a solicitor in the financial services group at corporate law firm, Macfarlanes. He was first elected as an MP in 2005.