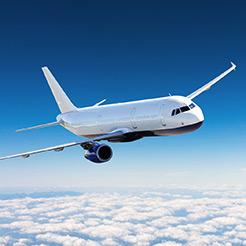 The government is consulting on options to consider how Air Passenger Duty (APD) could support regional connectivity, alongside the commitment to reach net-zero emissions by 2050, but has ruled out plans for a frequent flyer levy

The tax raised £3.6bn in 2019-20 with the bulk of revenue raised from long-haul flights. Now the government is looking at ways to reform domestic air passenger duty rates to encourage growth.

The introduction of a new domestic band would ensure that all domestic flights benefited from a lower rate of APD, including single leg journeys. The government considers that such an approach would be simpler for HMRC and airlines to administer than a proposed return leg exemption, because it would apply to all domestic flights, not just those on a return ticket.

The government has ruled out introducing a frequent flyer levy, which would have seen a tax charged on passengers who took a significant number of international flights a year.

Derek Leith global oil & gas tax leader at EY said: ‘Aviation tax, in the form of Air Passenger Duty (APD), is a delicate subject for the government with its commitment to net zero and COP26 in November this year.

‘On the one hand, the government sees domestic routes as essential to regional connectivity, whilst on the other it understands the role that the aviation industry plays in emissions. The consultation sets out how the government intends to balance these competing objectives of domestic connectivity and environmental goals, whilst preserving the tax yield from APD.

‘The environmental goals will largely be achieved by the aviation sector being included within the new UK Emissions Trading Scheme which was introduced on 1 January 2021: there is also recognition that domestic flights are a very small proportion of the UK’s carbon footprint from aviation with the majority being attributable to international flights.’