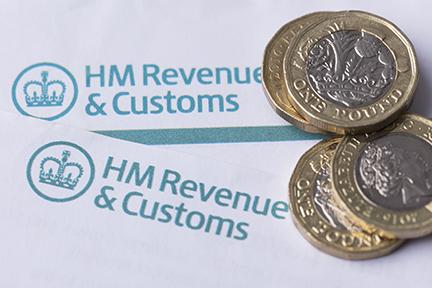 Taxpayers who fail to submit their self assessment return by the 31 January deadline because of difficulties caused by Covid will be able to claim this as a ‘reasonable excuse’ to overturn a late filing penalty, HMRC has confirmed

HMRC will accept Covid-19 as a reasonable excuse for a taxpayer missing a filing date, as long as they explain how they were affected in their grounds for appeal and submit the return as soon as they can.

Pandemic related personal or business disruption, whether to a taxpayer or their agent, might very well constitute a reasonable excuse, the tax authority stated.

Figures published by HMRC at the beginning of January indicated that around half of an anticipated 11m taxpayers had already filed their self assessment forms, meaning at least another five million returns are expected before the end of this month.

An HMRC spokesperson said: ‘We want to encourage as many people as possible to file on time even if they can’t pay their tax straight away, but where a customer is unable to do so because of the impact of Covid-19 we will accept they have a reasonable excuse and cancel penalties, provided they manage to file as soon as possible after that.

‘Support is in place for those who may struggle to pay with customers able to spread their payment liabilities of up to £30,000 over 12 months.’

HMRC has enhanced ‘Time to Pay’ arrangements so that taxpayers who have filed a self assessment return and determined the amount of tax due for 2019/20 and the amount of any payments on account for 2020/21. will be able to make payments over an extended period.

The automated self-serve Time to Pay online service has been changed to enable self- assessment liabilities of up to £30,000 to be paid, in up to 12 instalments.

This service enables the taxpayer to set up an instalment arrangement online without having to contact HMRC beforehand. However, Time to Pay arrangements are only available once the return has been filed.

HMRC said that if taxpayers or their agents are struggling to obtain the required information in time for their self- assessment return to be submitted by the 31 January filing date, they can provide provisional figures on their return and then provide HMRC with the actual figures as soon as they can. They must state that provisional figures are being provided by ticking the appropriate data item box on the return.

The penalty appeal period has been extended to three months, and HMRC has indicated it is looking into potential changes to make appeals easier and quicker for taxpayers, agents and HMRC.

Nimesh Shah, Blick Rothenberg CEO, pointed out that while the £100 late filing penalty is relatively modest, individuals should think very carefully before deciding to file their tax return late.

Shah said: ‘It will take time to appeal and it is never guaranteed that HMRC will accept the appeal, despite their apparent show of sympathy.

‘In addition, HMRC will inevitably be inundated with appeals so it could be several months before the penalty is reversed.’

However, Shah welcomed HMRC’s clarification that Covid-19 disruption will be viewed as a ‘reasonable excuse’.

‘It is positive that HMRC acknowledge the immense challenges of home-schooling under the latest lockdown, and that parents will be very time constrained in January to file their tax return – I doubt we will see such sympathy from HMRC ever again.

‘In normal times, they would only accept situations of severe hardship as a “reasonable excuse” to avoid the late filing penalty.

‘If you can find the time between work and teaching, I would encourage people to file their tax return by 31 January.’